Russia has given preliminary approval for its Covid-19 Sputnik V vaccine to be manufactured in Serbia, a minister said on Friday.

“The first phase of the production of Russia’s vaccine Sputnik V on Serbia’s territory has been preliminarily approved,” Serbia’s minister for innovations Nenad Popovic said in a statement.

The announcement was made after a delegation of experts from Russia’s industry and commerce ministries, the Russian Direct Investment Fund (RDIF) — which financed the vaccine — and the Balkan country’s state institute for drugs visited the Belgrade-based virology institute.

“They are satisfied with what they saw at the Torlak institute,” the minister said.

Another group of Russian experts should visit Serbia within the next 15 days to asses what technical and technological conditions would have to be met to allow full-scale production of the vaccine on Serbian territory, he added. 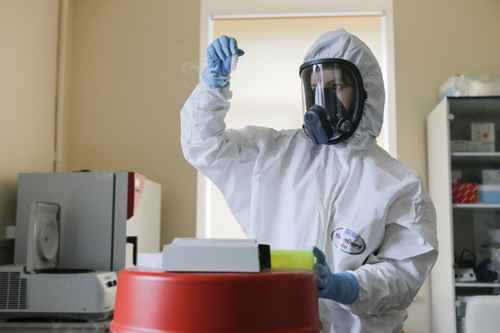 Serbia is Europe’s fastest vaccinator apart from Britain, according to the scientific publication Our World in Data.

More than 600,000 people have been vaccinated so far in the country of seven million people.

Serbia, which aspires to join the European Union but also maintains a delicate balance of ties with China and Russia, is using three shots — Sputnik V, Chinese Sinopharm and US-German Pfizer-BioNTech.

Since the start of the pandemic it has confirmed more than 400,000 infections and more than 4,000 deaths from the respiratory disease.

Russian Foreign Minister Sergei Lavrov will self-isolate after coming into contact with someone who tested positive for Covid-19, his ministry said Tuesday.

Ministry spokeswoman Maria Zakharova wrote on Facebook that the minister, 70, “feels well” but that planned visits and meetings will be postponed to a later date.

On Monday, Lavrov was on a working visit to Athens where he was photographed wearing a mask during meetings with Greek officials.

According to Russian daily Kommersant, this was only the second time Lavrov was seen wearing a mask at a public event since the start of the outbreak. 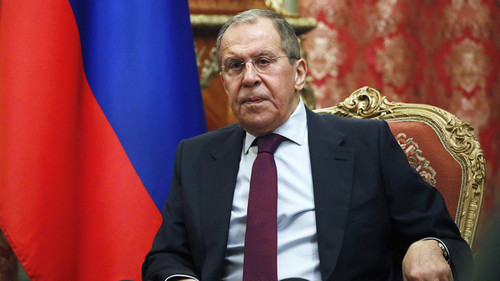 Lavrov had been due to visit Bosnia and Herzegovina on Wednesday for talks with top officials and on Thursday he had planned a visit to Belgrade for a meeting with Serbian President Aleksandar Vucic.

Russia has the fourth-highest virus caseload in the world, with a total of 1,547,774 registered infections and 26,589 deaths.

Infections have been on a steady rise and reached record levels in recent days. On Tuesday the government tightened restrictions including with a requirement to wear face masks in many public spaces.