Russian authorities on Friday opened a criminal probe into an ally of opposition leader Alexei Navalny after raiding her flat, alleging she threatened a man Navalny claimed took part in his poisoning.

Ivan Zhdanov, head of Navalny’s Anti-Corruption Fund, said investigators launched a probe into Lyubov Sobol for trespassing “with the use of violence or a threat to use it” after Sobol rang the doorbell of the alleged Federal Security Service (FSB) agent.

On Monday Navalny said he had tricked an alleged chemical weapons expert with the FSB named Konstantin Kudryavtsev into admitting that the domestic intelligence agency had sought to kill him this summer by placing poison in his underwear.

She was detained by police at the scene and questioned for hours.

On Friday police took the 33-year-old opposition activist in for questioning after conducting a raid on her Moscow apartment at around 7:00 a.m. and confiscated her tech devices, the Anti-Corruption Fund wrote on Twitter. 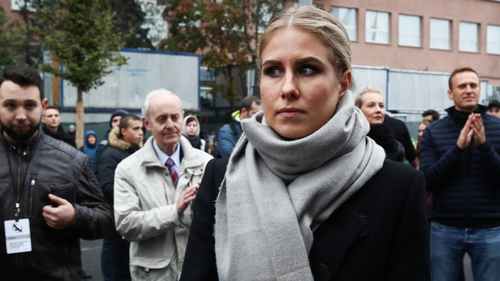 Sobol’s young daughter and husband were allowed to leave the flat, said a message posted on Sobol’s Twitter feed.

Speaking to AFP on Monday, the opposition activist had expressed concern about a possible criminal case against her.

Sobol, a lawyer by training, has announced plans to run in parliamentary elections next year.

Western governments say Navalny, 44, was poisoned with the Soviet-era Novichok nerve agent in a case that has further dented Moscow’s relations with leading European countries and sparked mutual sanctions.

The FSB has said Navalny’s call with Kudryavtsev was “fake” but has not denied that he works for the agency.

The Kremlin has admitted that security agents have tailed Navalny but denied any attempts to poison him.