More than 300,000 international students are estimated to have been unable to enter Russia due to the pandemic. Russian universities resumed in-person courses earlier in February after nearly three months of remote learning during the fall semester.

Russia’s consumer protection watchdog Rospotrebnadzor said that international students will be allowed to return for the spring semester if they fly from countries that have resumed flights with Russia.

At least 16 countries have agreed to reopen flights with Russia so far. Formal agreements have also been reached with five others, though without currently operating flights. Meanwhile, a ban on flights with the United Kingdom is in effect until at least mid-March amid the spread of a more-contagious virus strain there. 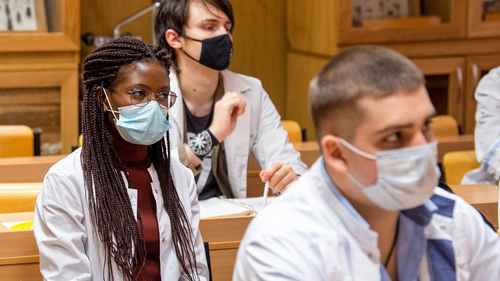 Students must also submit two negative Covid-19 test results no more than three days before and after entry.

“Medical documents confirming negative test results obtained before and after entering Russia can be provided in Russian or English,” Rospotrebnadzor’s statement said.

Russians will be required to wear masks in all crowded places, including public transport, taxis, parking lots and elevators, Rospotrebnadzor said Tuesday.

Russia imposed a national mask mandate and other quarantine rules to slow the spread of Covid-19 at the start of its outbreak in spring. Moscow lifted the mandate in mid-July as Covid-19 cases began to decrease, though health officials urged Russians to continue wearing masks to prevent the spread of the disease. 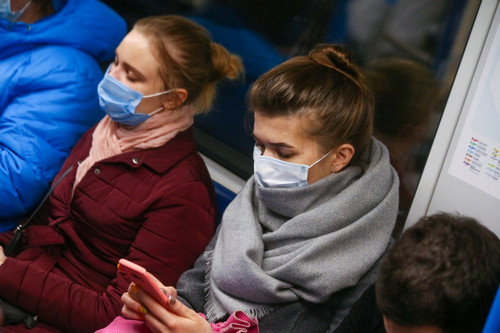 Rospotrebnadzor has also recommended that all restaurants and other late-night establishments close between 11 p.m. and 6 a.m.

The restrictions come days after Moscow launched a contact-tracing system requiring restaurant and nightclub visitors to register their phone numbers and scan a QR code.

Also starting last week, the Moscow public transportation system began cracking down on its rules by banning passengers without masks or gloves.

The new nationwide rules come amid widespread reports of hospital bed, medication and staff shortages across the country during the second wave of the Covid-19 pandemic.

Russia pushed past the 1.5 million mark for Covid-19 infections over the weekend and set a daily record of 17,347 new cases Monday.

The Kremlin noted Monday that the second wave of the Covid-19 outbreak has shifted from Moscow, which continues to see around one-third of all new infections, to the regions.

Rospotrebnadzor forecast that the Covid-19 pandemic will likely not decline until the summer of 2021.