Russia announced Monday that 1.5 million people around the world had received its Sputnik V coronavirus vaccine as part of an initiative Kremlin critics have described as a geopolitical push.

The Russian Direct Investment Fund (RDIF), which has financed the development of the Sputnik V coronavirus vaccine, confirmed the figure to AFP without offering a breakdown of where the jab was distributed.

“We cannot say how many of them are in Russia and in the rest of the world,” RDIF spokesman Arseny Palagin said, adding that individual nations could release data separately.

Russia became the first country last August to register a vaccine, months ahead of Western competitors, and Moscow has boasted of more than 1 billion orders for the jab abroad.

Health Minister Mikhail Murashko said this month that more than 800,000 Russians had received Sputnik and that 1.5 million doses had been distributed throughout the country of around 147 million.

But there is skepticism surrounding Moscow’s virus statistics and health officials in December conceded that the death toll from the pandemic was nearly four times higher than previously reported. 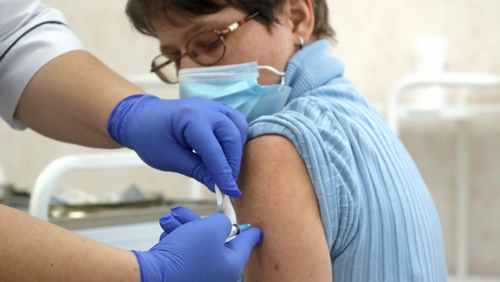 An adviser to Russia’s health minister said over the weekend that consultations with the World Health Organization for the use of Sputnik in emergency situations would begin Jan. 20.

The designation would allow Sputnik V to be distributed as part of the WHO’s emergency rollout to countries struggling to source vaccines independently.

Russia has over recent months been battered by a second wave of the coronavirus but the Kremlin has held back on introducing sweeping restrictive measures like in the beginning of the pandemic.

Russian officials say however that new daily cases have been decreasing in recent days, dropping closer to 20,000.

Russia has introduced its third registered coronavirus vaccine for general use, Interfax reported Thursday, citing its developers and the Education and Science Ministry.

CoviVak, developed by the state-run Chumakov Research Center, is a two-dose, whole-virion vaccine that uses complete, but inactive, particles of the SARS-CoV-2 virus that causes Covid-19.

Mass production of CoviVak began Thursday and batches will be shipped to Russia’s regions within the next few days, the Education and Science Ministry’s press service told Interfax.

Phase 3 clinical trials involving 3,000 volunteers will take place in parallel with the widespread rollout and are expected to wrap up in six months, Interfax cited Education and Science Minister Valery Falkov as saying. 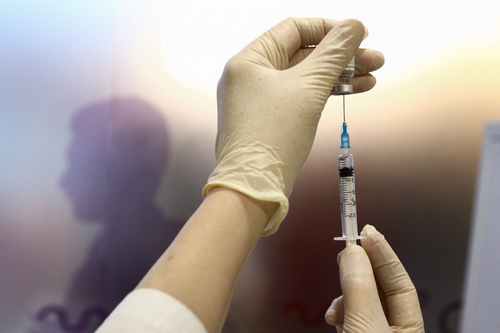 These trials will include individuals with health conditions including cancer, autoimmune diseases and diabetes.

Speaking ahead of the vaccine’s registration in February, Russian Health Minister Mikhail Murashko said CoviVak “has proven its safety and effectiveness” in early clinical trials on volunteers.