Russia has listed four NGOs, two civil society groups and one media outlet as “foreign agents” and “undesirable organizations” amid a renewed crackdown on critical voices this week.

The designations come as Russian lawmakers this week pushed through legislation expanding the “foreign agent” label to any politically active, foreign-funded individual. Failure to comply could lead to up to five years in prison if President Vladimir Putin signs the proposals into law. 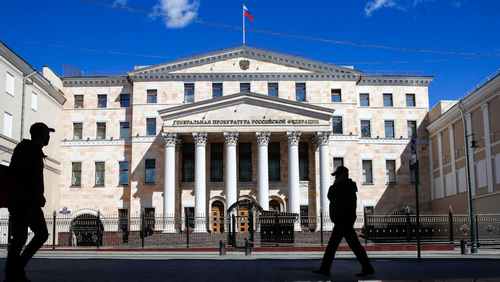 The civil society, independent media and education groups pose “a threat to the foundations of Russia’s constitutional system and security,” the Prosecutor’s Office said.

A 2015 law allows Russian prosecutors to limit or halt the work of “undesirable” foreign groups, punishing violators with fines or prison terms up to six years.

The Russian military has turned down an invitation to attend a European security seminar for the first time in 30 years amid deteriorating ties with the West, Moscow’s arms control delegation in Vienna said Tuesday.

The delegation’s Twitter account said Russian Defense Ministry officials opted out of the European Security and Cooperation Organization’s (OSCE) Military Doctrine Seminar, held once every five years, “due to unfriendly policies of the West.” 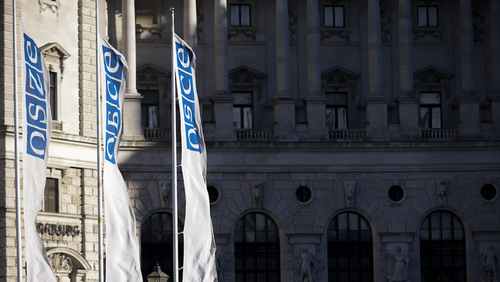 Russia’s Aerospace Forces say they have scrambled jets at least 170 times in 2020 to intercept foreign intelligence aircraft and identified around 4,000 combat and surveillance aircraft near its borders. Tensions carried over into 2021, with two Russian jets flying low over two U.S. destroyers deployed for interoperability exercises in the Black Sea.

“The Americans invited us, there was a request. We told them the Russian Defense Ministry deems it inappropriate to participate in this seminar due to the exercises and reconnaissance flights on the Russian border,” he told state media.

“In the conditions when they interpret NATO’s expansion as Russia’s deterrence, the Defense Ministry declined,” Gavrilov told the state-run RIA Novosti news agency.

Independent observers described the move as highly damaging to the 57-member OSCE as a platform for trust-building military discussions despite strained ties.

“This delivers a staggering blow to the OSCE which has praised itself for being the only forum where Russia and the West conduct a regular dialogue on diplomatic and military level, no matter how bad things get,” diplomatic correspondent Stephanie Liechtenstein wrote on Twitter.

Gavrilov noted that Russia’s military security and arms control delegation is still participating in the two-day seminar and plans to deliver closing remarks via videolink Wednesday.