“We expect that the new U.S. administration will take a more constructive approach in its dialogue with us,” the Russian Foreign Ministry said in a statement.

“We are ready for such work on principles of equal rights and taking mutual interests into account.”

The agreement, which caps the number of nuclear warheads between the two powers, is set to expire on February 5.

Moscow accused the previous U.S. administration of not planning to extend New START, referring to its “counterproductive and openly aggressive” approach in talks. 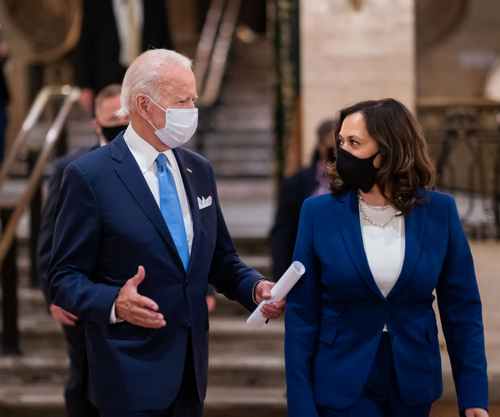 The Russian Foreign Ministry said the treaty should be extended in its current version and “without any pre-conditions,” adding that prolonging the arms pact for five years would be “preferable.”

“This would allow Russia and the United States to seriously begin a joint search for responses to the issues of international security and strategic stability that are now arising,” the ministry said in the statement.

“At the same time the current level of transparency and predictability in relation to New START would remain in place which would be in the interests of security of both our countries and the whole world.”

President Donald Trump’s administration had unsuccessfully sought to expand the treaty to bring in China, which has a fast-growing military that remains significantly smaller than those of Russia and the United States.

Russia said on Tuesday it opposed sanctions against the junta in Myanmar, warning that punitive measures could spark a large-scale civil war in the country.

“A course towards threats and pressure including the use of sanctions against the current Myanmar authorities has no future and is extremely dangerous,” news agency Interfax quoted a Russian Foreign Ministry spokesperson as saying.

Such policies would “push the Burmese towards a full-blown civil conflict.”

Myanmar has been in turmoil since a Feb. 1 coup ousted civilian leader Aung San Suu Kyi and derailed the country’s experiment with democracy.

According to a local monitoring group, more than 550 people have been killed in anti-coup unrest.

International powers have sought to pile pressure on the military by hitting its sprawling business interests, which include the lucrative jade and ruby trade.

But so far neither sanctions nor calls for restraint have shown any sign of holding back the junta as it struggles to quell the widespread unrest.

As the regime held the parade for Armed Forces Day more than 100 people were killed.

At the parade Russia showcased its equipment including T-72 tanks, MiG-29 fighter jets and Mi-24 helicopters.