Yarmysh is currently under house arrest alongside nine other Navalny allies and local opposition deputies for calling on supporters to join nationwide protests in his support earlier this year. All 10 face up to two years in prison on charges of “inciting mass violations” of coronavirus restrictions.

Non/Fiction’s organizers had initially moved, then canceled Yarmysh’s presentation of “Incredible Incidents in Women’s Cell No. 3” at the last minute and without prior notice, said Varvara Gornostayeva, chief editor of the Corpus publishing house.

“The age-old argument is that Yarmysh’s appearance puts the existence of an important cultural institution at risk,” Gornostayeva wrote on Facebook.

“I’m convinced that such compromises — or, calling a spade a spade, censorship — is the main threat for any cultural institution,” she wrote. 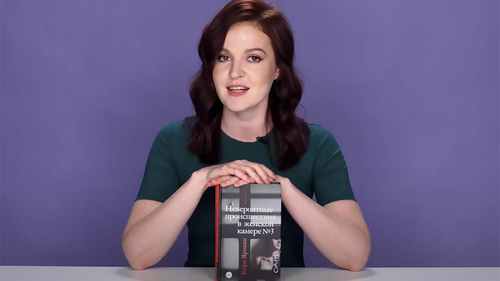 Non/Fiction spokesperson Vitaly Kogtev confirmed the cancellation but did not disclose its reason, according to the Open Media news website. According to Gornostayeva, the fair’s organizers made it clear to Corpus’ parent company, the leading Russian publishing house Eksmo-AST, that the presentation would not take place.

Yarmysh, who is banned by court order from using the internet, called the decision “vile and cowardly.”

“This isn’t simply an unjust refusal, but for me direct complicity with the authorities,” she said through colleagues on Facebook.

“Censorship and self-censorship are one of the worst manifestations of authoritarianism,” Yarmysh wrote.

Fellow authors, critics and other observers took to social media to condemn Non/Fiction’s decision to scrap Yarmysh’s presentation, with some calling for a boycott of the event that kicks off Wednesday in central Moscow.

Navalny was last month sentenced to two and a half years in prison for violating parole while recovering abroad from a poisoning attack last year. The United States and European Union imposed sanctions on Russian officials and state entities over Navalny’s poisoning, which the Kremlin denies, as well as his imprisonment.