Dozens of men in Cossack military uniforms have been filmed patrolling the streets of Russia’s fourth-largest city of Yekaterinburg during its Pride Week, local media reported Monday.

The group briefly detained at least one “absolutely heterosexual” student because he had dyed hair and wore an earring, according to the e1.ru news website.

“Why’d you dress up like this? Are you one of them?” the student recounted one of the Cossacks as saying to him. “Do you even know that we control the propaganda of gayness among the people?”

The student, 19-year-old Alexander Zinovyev, fired back at the Cossacks and defended his right to dress as he pleases, writing “stop harassing us, mind your own business!”

“The LGBT topic isn’t that interesting to me,” Zinovyev wrote in an article for e1.ru. “I just think it has nothing to do with me. Or so I thought, rather.”

Prosecutors have warned the event’s organizers against violating the “gay propaganda” law during their festivities.

Around 50 Cossacks were involved in the anti-LGBT patrols, it reported.

Opponents of the LGBT activists have organized a rival “traditional values” week that includes a family parade and an Orthodox Christian fair.

The patrols come after Russia adopted a set of wide-ranging constitutional changes, one of which adds language defining marriage as a union between a man and a woman to the Constitution.

“Thief-in-law” is a Russian term referring to powerful members of the criminal underworld.

Security camera footage published by the 47news.ru news website shows Heydarov using an elliptical as an unknown man enters the gym, shoots at him and then leaves.

The Moscow department of Russia’s Investigative Committee said it has opened a criminal case into murder and illegal arms trafficking following the incident. It did not specify the victim’s name.

A native of Ganja, Azerbaijan, Heydarov began his criminal career in Russia’s Arkhangelsk region in the mid-1990s, carrying out robberies and thefts as part of an organized criminal group. According to Interfax, he later joined the criminal clan of influential “thief-in-law” Aslan Usoyan (“Ded Hasan”), who himself was shot and killed in central Moscow in 2013.

In 2016, a St. Petersburg court sentenced Heydarov to seven years in prison for extortion. According to the Baza Telegram channel, he was the first convicted “thief-in-law” to be released on parole when he was released last summer.

The St. Petersburg-based Fontanka.ru news website reported that there had been three previous attempts on Heydarov’s life. 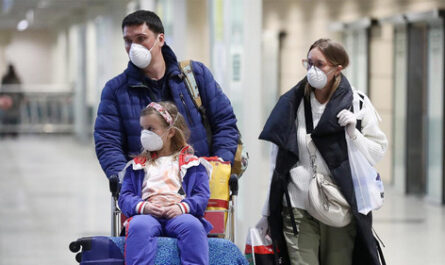 Russian Army Says Killed ‘Up to 200 Militants’ in Syria Bombing