Three people have died in a mid-air collision between two light aircraft near St. Petersburg, Russian media reported Friday. One of the planes landed safely with its pilot unharmed.

Out of the five people on board the two planes, one pilot and two adults reportedly died at the scene. A child accompanying them has survived, according to Interfax.

Law enforcement authorities told state media that a Piper light aircraft crashed as a result of a mid-air collision with a Cessna two minutes after lift-off from the Gostilitsy airfield. 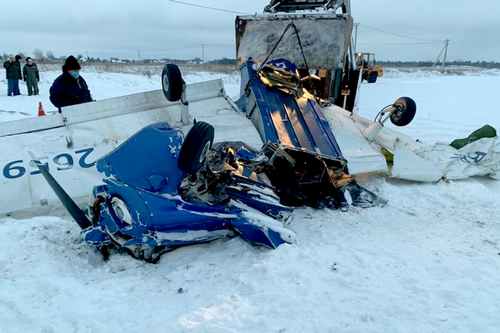 “The light-engine Cessna plane landed with minor damage, the pilot was not injured,” the TASS news agency quoted an unnamed transport prosecutor’s office official as saying.

An emergency source cited by TASS said the other aircraft has been “pulverized.”

We’ve all been there: Helplessly stuck on a stuffy airplane as it waits for takeoff with no respite from the heat.

One Moscow passenger decided to take matters into his own hands by opening the plane’s door just before takeoff.

According to the Mash Telegram channel, passengers onboard the Rossiya Airlines flight from Moscow to Antalya were stuck in the plane’s cabin, where the air conditioning had malfunctioned, while their flight was delayed for two hours late Saturday night. Some passengers reportedly fainted in the heat.

The passengers were then forced to deplane and board a new plane, delaying the flight by over four hours. 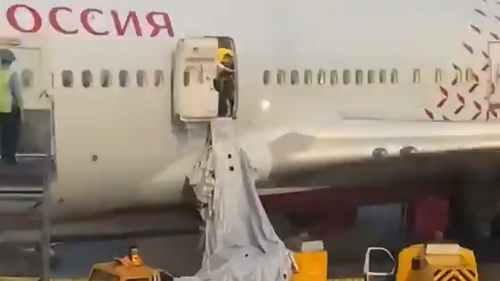 Annoyed passengers posted TikToks and tweeted photos to complain about their flight being delayed because the man decided to take matters into his own hands.

One passenger posted a video on Instagram captioning that the flight was delayed for two hours and it was hot in the cabin.

In another video filmed right before the ill-fated door opening, a woman can be heard complaining to the crew that she can’t breathe, asking them to address the situation immediately.

The airline’s press service told the RBC news website that it plans to sue the passenger for damages to the emergency gangway as well as the cost of changing to a new aircraft and the cost of the delayed flight.