As the world grapples with the coronavirus pandemic, Russia’s discovery of the world’s first cases of transmission of bird flu from animals to humans is prompting experts to warn that the country’s increasing large-scale industrial meat production could create conditions for future viruses to thrive.

While the H5N8 strain of avian flu has been ravaging the global poultry industry for decades, with Germany and other European countries seeing their last major outbreak in the winter of 2016, Russia has become a hub for this strain and other bird flu viruses as it ramps up animal farming in the wake of bans on Western food imports.

“This is a sign of things to come. We need to seriously step up our monitoring of potential future viruses at animal farms,“ Sergei Netesov, a veteran virologist at Novosibirsk University told The Moscow Times.

Netesov and other virologists contacted by The Moscow Times said they were relieved to hear the initial news from Russian officials that there has been no evidence of human-to-human transmission at the farm in Astrakhan in southern Russia where seven workers became infected with H5N8 and have since recovered.

“I wouldn’t worry at this moment about this outbreak becoming something big,” said Alexei Agranovsky, a virologist at Lomonosov University in Moscow. “But we need to stay alert.”

Both Agranovsky and Netesov said Russia appeared to have handled the outbreak well, rejecting suggestions that authorities waited too long to inform the World Health Organization (WHO) after the workers became ill in December of last year.

“As the employees fell ill during the current Covid crisis, they first had to be tested for the coronavirus, and only after for any other infections. Logically, it took some time to be certain.” Netesov said.

According to Rosselkhoznadzor, the country’s agricultural watchdog, there were a record 72 instances of different bird flu outbreaks across Russia in 2020, with the virus spreading through wild migratory birds from the Urals to the Caucasus Mountains.

In total, three million birds have been culled on Russian farms, and scientists link the spike in infections to an abnormally warm autumn.

The coronavirus, which is believed to have originated at a food market in China, has focused the attention of experts and politicians worldwide on the risk of diseases passing from farmed and wild animals to humans. Scientists estimate that around 75% new infections in the world are directly linked to human interactions with animals.

Aliza le Roux, a South Africa-based ecologist, believes that intensive animal farming, where livestock such as cattle and poultry are kept in conditions of high density on a large scale, is one of the main catalysts for viruses jumping from animals to humans.

In a May 2020 study, an international team of researchers led by the universities of Bath and Sheffield came to the conclusion that intensive farming majorly increases the risk of future epidemics,

Russia has seen a boom in its domestic meat production since 2014. After the EU and U.S. imposed sanctions on some Russian businesses following the country’s annexation of Crimea in 2014, Moscow responded by introducing large-scale bans on Western food imports. As a result, over half of the country’s meat and dairy imports disappeared, forcing it to increase domestic production.

To stimulate the agricultural sector, Russia has substantially increased its support, handing out 304 billion rubles ($4 billion) in subsidies in 2019.

Mikhail Mishenko, director at the Dairy Intelligence Agency that focuses on Russian agriculture, said that most of the support was aimed at the development of the large-scale industrial farms that have sprung up across the country and account for nearly 90% of the growth seen since 2015.

“Smaller farms and entrepreneurs are slowly being squeezed out in favor of the big guys,” Mishenko said.

Animal rights activists and some experts say the jump in meat production might be one of the reasons for the increase in virus outbreaks, most recently in Astrakhan.

“There is just so little oversight on them.”

Besides the health hazards that mass farming brings, Korzesky said there are no specific regulations on animal farming beyond the general anti-cruelty provision in Russian law. He added that most farms keep poultry in battery cages and that practices like castration and dehorning of livestock without anaesthetic are legal.

Viktor Irza, a senior veterinary doctor at Rosselkhoznadzor told The Moscow Times that while Russia has one of the best monitoring and tracing systems in farms, large-scale animal farming brings new risks.

“It is true that in big farms you have a quicker rate of transmission as there are just more animals together.”

Masha Vorontsova, a Russian expert in wildlife trade and conservation said that while traditionally the Soviet Union had some of the best virologists in the world and efficient strategies to contain potential new infections, the emergence of mega farms has brought new challenges for Russia.

“Factory farming is a “petri dish’ for pandemics,” she said.

Russia is far from unique in its use of intensive animal farming practises, but activists like Korzesky say that in the West there is a growing momentum that could lead to tangible changes in farming methods.

EU Commissioner for the Environment Virginijus Sinkevicius recently said the EU will step up efforts to control trade in wildlife and make factory farming more sustainable, admitting that both issues have played a role in the coronavirus pandemic.

Russian activists say local corporations and the authorities have chosen to ignore the recent warning signs across the world, including the outbreak of a new strain of Covid-19 at mink farms in Europe.

Danish and Dutch officials culled millions of mink last year at their country’s fur farms as a precautionary step after instances of mink-to-human transmission of the coronavirus.

Sergei Stolbov, president of the Russian Fur Union told The Moscow Times that the connection between mink and the coronavirus is “understudied and far fetched,” criticizing mink culls in Europe.

Despite the risks, Russia appears unlikely to adjust its meat production methods, fearing the impact changes might have on the economy at a time when prices are rising and living standards falling.

“For this we would have to change our whole food system, it seems like this has become a necessary evil we will have to learn to deal with,” said Agranovsky. 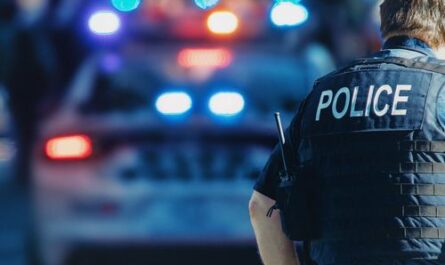