In late February of this year, Russia’s criminal investigative agency announced that it had referred to a court an investigation into criminal negligence by two police officers that happened on January 14, 2020 in the Siberian city of Kemerovo.

Around the time when the investigation was announced, Kemerovo law enforcement issued an official video, which briefly described how, at around 5 am on Jan. 14, a police hotline registered several calls reporting “a woman’s screams” coming from a flat in the city.

The information was passed on to duty police officers, who, the authorities stated on the video, “failed to take necessary action.”

Behind these dry official statements lies a horrible story of a 23-year-old woman, Vera Pekhteleva, who was killed by her boyfriend, Vladislav Konyus, behind the closed doors of his apartment. Before her death, Pekhteleva told Konyus that she was leaving him. That night she came by to collect her things from the apartment they shared. She never left.

Domestic violence persists all over the world. If left unaddressed, it often escalates and in the most severe cases, victims may be killed.

In Russia, police fail to respond to domestic violence complaints or refuse to act on them with frightening regularity. Russian media often report on deaths from domestic violence that could have been prevented.

Even people facing severe physical abuse do not get adequate protection and assistance. Cases can be prosecuted under various legal provisions but Russia has no specific law on domestic violence. Russian legislation does not contain a stand-alone offense, or even a definition, for domestic violence, nor does it allow for protection orders to ensure immediate and life-saving help.

These legislative gaps only reinforce the impression that the government views domestic violence as a “family matter” — something that happens in private and in which it has no business interfering — rather than a significant crime that demands a full government response, just as if a stranger was responsible for the violence.

Konyus beat Pekhteleva for over three hours. The neighbors who called the police could hear her screaming the entire time. They could also hear her attempts to open the door, but each time, Konyus dragged her away and continued to beat her.

Getting progressively more alarmed, the neighbors, who gathered outside the flat, kept calling the police. They called seven times, but the police never arrived. The neighbors finally broke the door down with a sledgehammer, only to find Pekhteleva’s dead body inside. 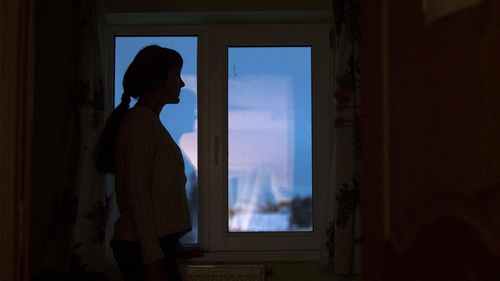 The list of her injuries paints a grim picture. Her body was covered in cuts and bruises, she had multiple traumatic brain injuries and a broken nose. After hitting Pekhteleva, at least 56 times, Konyus choked her with a cord from an iron.

Despite the circumstances of her killing, the police officers who failed to respond are being prosecuted under the lesser of the criminal code’s two charges for criminal negligence, instead of the charge that specifies penalties for negligence that leads to death or grievous bodily harm. If convicted, they may get away with a fine. Meanwhile, Pekhteleva’s killer faces up to 15 years in prison for murder, but not for murder with an aggravated circumstance of cruelty, which carries a sentence of 20 years to life.

Official estimates appear to downplay the scale of domestic violence in Russia. The lack of a stand-alone domestic violence offense and poor data collection means there are no reliable statistics, but according to a recent independent study,  at least 5,000 women were killed in domestic violence episodes in 2018. These numbers stand in stark contrast with Interior Ministry data, which claims  that 253 women died in “family-related” conflicts in 2018.

Over the years, I have interviewed dozens of women who told me about the obstacles they faced every step of the way in reporting abuse and getting help.

Their stories were key to a Human Rights Watch report that describes how Russia’s law enforcement, judicial, and social systems do not protect or support women facing abuse at the hands of their partners or former partners.

Just last week a woman in her 30s whose name I will not publish for her protection told me about the monumental barriers she is facing getting police to investigate her abuser. Her husband, whom she married in 2014, beat and repeatedly threatened to kill her. Eighteen months ago, he shaved her head and locked her in their thirteenth floor flat with her infant son without food or a phone.

She spent several days there, throwing notes out the window, urging people to call the police. The police eventually came but didn’t open an investigation. “They said they won’t do anything because it was just a ‘family squabble,’” she told me.

The policeman in charge of her case even disclosed her new phone number and her whereabouts to her husband, who immediately called her and threatened her again.

She divorced her husband and escaped to another city, but six months later, the now ex-husband found her and their son. He forced them into a car and drove them back to Moscow, where because of the pandemic she was locked down with him in his apartment against her will.

Even if covid-related restrictions had not interfered with her ability to leave, she wouldn’t have been able to travel because her abuser took all her money and credit cards.

A few months later, in October, he beat her again and threw her out on the street with her son, then two and a half.

This time, the authorities started a criminal investigation, but the case investigator repeatedly indicated to the woman that it would be better for her if she gave up.

Police also tried to discourage her from pursuing charges by manipulating her feelings toward her son. “They said things like, ‘Do you really want the father of your son to have a criminal record? It will only cause your son problems in the future,’” she said.

She underscored that she’s able to continue pursuing justice thanks not to law enforcement agencies, but to support provided by one of few shelters in Russia and legal counsel from an independent women’s group.  “If I didn’t have the lawyer I would have given up by now, 100 percent,” she told me. “The attitude of the investigators, the manipulations and the pressure would have made me completely helpless.”

Women who face domestic violence need protection and support at every step to escape abuse, seek justice, and rebuild their lives. Russia’s authorities have the responsibility to protect people’s rights, including the right to life, freedom from cruel and inhumane treatment, and access to justice and accountability. Russia could take a crucial step toward fulfilling that responsibility by immediately adopting a comprehensive law against domestic violence that ensures necessary protections for survivors and accountability for their abusers. 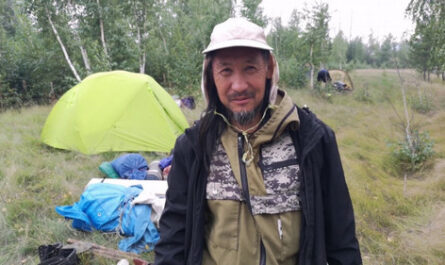 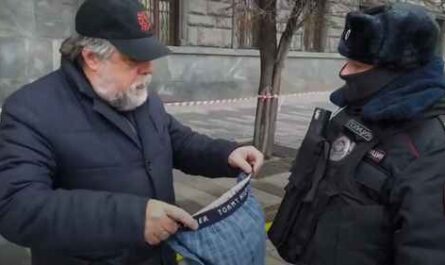