Russia recorded almost 30,000 excess deaths during February, the country’s statistics agency announced Friday — a figure which takes Russia’s total excess fatality count since the start of the coronavirus pandemic above 422,000.

Excess deaths are calculated by comparing fatalities during the pandemic with mortality rates in the same months of previous years. It is seen by demographers as the most reliable indicator of the human toll of the coronavirus.

At more than 422,000 between the start of the pandemic and the end of February — the latest such data is available — Russia has recorded one of the highest excess death tolls in the world, including after adjusting for population size.

The federal statistics service (Rosstat) said Covid-19 was the main cause of death in 16,576 fatalities during February. It added that the virus was present but not deemed the main cause of death in another 7,793 deaths. That counting practice has drawn criticism and controversy — running against World Health Organization (WHO) guidelines for how to count coronavirus-related deaths.

Since the start of the pandemic, Rosstat has recorded 149,000 Covid-19 fatalities, and another 77,000 where the virus was present in a patient when they died. 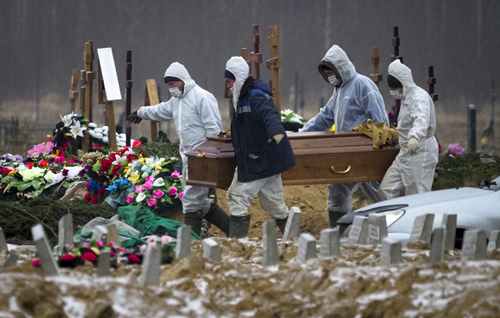 Those numbers differ dramatically from the daily figures published by the country’s coronavirus task force, whose tally of virus deaths passed 100,000 on Saturday — meaning Russia’s excess death toll is more than four times higher. In many European countries, official Covid-19 fatalities account for more than 90% of excess deaths throughout the pandemic.

The Rosstat data also pointed to an easing of the pandemic during the start of the year. Excess fatalities in February were the lowest in six months. Deaths came in 20.5% higher than during the same month last year — down from monthly increases of more than 50% in November and December, after a second wave of the coronavirus hit Russia’s ill-prepared regional healthcare systems and the country rejected a second nationwide lockdown, citing the need to protect the economy and a nascent vaccination drive using the homemade Sputnik V jab.

Russia has removed almost all coronavirus restrictions as its vaccination drive ramps up. But the jab campaign has been beset by logistical difficulties and a sceptical public, with the latest figures showing around 6% of Russians have been immunized against the coronavirus.

Officials have also begun to talk about the possibility of a third wave hitting Russia soon. A model developed by analysts at state-controlled Sberbank predicts daily case numbers will rise by more than a third over the next two weeks. 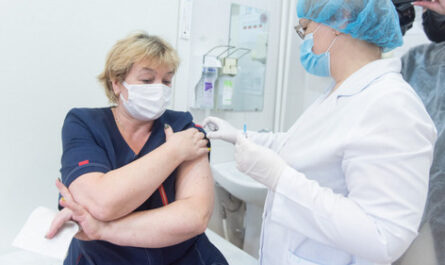