Wednesday was supposed to be a big day for Andrei Lipov, a 51-year-old Russian top official trusted with the Kremlin’s most sensitive internet initiatives.

A not very successful internet entrepreneur in the 1990s and most of the 2000s, Lipov found himself working for the government in 2008,  when he was invited to join the communication ministry by Igor Shchegolev, a one-time TASS correspondent in Paris with personal connections to President Vladimir Putin.

Shchegolev made his career promoting conservative internet initiatives which horrified tech experts but pleased the hard-liners in the Kremlin. He was a big backer of the national operation system, the national search engine and so on.

Most of them failed, quite predictably, but that didn’t harm the careers of Shchegolev and those who worked with him. When Putin took Shchegolev into his administration as chief adviser on the internet, Shchegolev brought Lipov with him to oversee internet legislation.

They also brought with them an approach that aimed to please hardliners and not care about the costs for the internet industry and Russia’s economy.

By 2019, however, many of the Kremlin initiatives to deal with the unruly internet seemed to have failed, and Lipov came up with the concept of the sovereign internet or the infamous kill switch that could disconnect Russia from the rest of the World Wide Web. 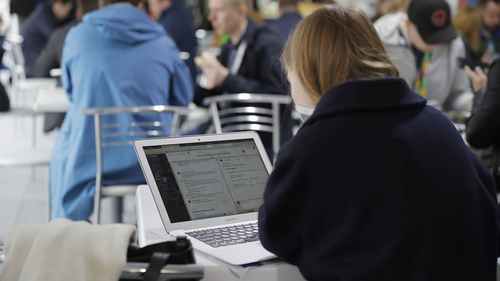 On a technical level, the concept required internet service providers (ISPs) to install equipment all over the country that would allow authorities to block content and reroute internet traffic by themselves.

Lipov’s idea was not to isolate the country completely but to have a tool to isolate regions if they faced a crisis — anything from a natural disaster to protests. The emphasis was on video and live streaming, the service most likely to provoke protests or unrest.

The government had already tried that in Ingushetia, a poor region that was rocked by protests over a land dispute with Chechnya. There it had been done manually — with the local department of the FSB forcing local providers to take down live streaming of protests.

Lipov wanted to build a system that would do the same, but remotely —from Moscow — and directly — playing with the equipment installed by operators but with no operators involved.

The legislation was duly adopted. The Russian internet watchdog Roskomnadzor started building a center to monitor and govern communications with 28 regional control points, and the operators started installing equipment based on Deep Packet Inspection technology distributed by the authorities.

Soon after, the Russian censors started testing the system.

Not all of the tests went well — On Dec. 23, 2019, the day the Digital Development Ministry conducted a series of tests on the sovereign Internet, users in Moscow, St. Petersburg, Kolomna, Samara and Novorossiysk experienced temporary shutdowns or difficulties accessing the internet.

In 2020, when Lipov moved to Roskomnadzor, Russian censors planned to run several new tests, but all of them were canceled due to Covid-19.

When a new wave of protests hit the country in 2021, the Kremlin sensed a new surge of urgency.

Putin appeared suddenly very concerned about the threat social media posed to the authorities and made several statements criticizing the internet in its current form.

The need for more restrictions, sanctioned from the very top, was in the air.

But by March 2021, the actual list of possible options that authorities could roll out turned out to be pretty short.

After eight years of heavy lifting, during which the Kremlin had tried almost everything, including content filtering, repressing social media users and banning social media networks — LinkedIn is still unavailable in Russia — what else could Russian legislators offer in time for the Duma elections in September?

The direct blocking of global platforms was not an option, as Putin himself had made very clear.

The sovereign internet was the most promising tool at the Kremlin’s disposal. And so the day came for Lipov to try out his system.

On the morning of March 10, Roskomnadzor announced that from that day on the agency would slow the speed of Twitter in Russia.

“The slowdown will be implemented on 100% of mobile devices and 50% of stationary devices,” the agency said.

The deputy head of Roskomnadzor clarified that the restrictions will affect the transfer of photos and videos, but not tweets. Officials reported that the operation was conducted remotely — so far it was going according to plan.

And then, suddenly, it all went wrong — government websites, including Kremlin.ru, experienced outages.

At 10 am Moscow time, traffic dropped by as much as 24% to the Russian state telecoms provider Rostelecom, according to web evaluation data director Kentik.

And then things got even worse. According to Kentik, Roskomnadzor blocked all domains containing t.co — including Microsoft.com and Reddit.com — while attempting to block Twitter’s link shortener t.co.

Finally, the Digital Development Ministry was forced to issue a statement admitting that Rostelecom was experiencing some failure on its routers which had caused website outages.

The statement didn’t confirm that the damage was caused by Lipov’s system in operation, but at least it ruled out a cyberattack from the U.S.,  an idea that some pro-Kremlin conspiracy theorists and experts had started to voice.

What was intended to be a nationwide test of the sovereign internet, a warning to Western platforms and a reassuring message to Vladimir Putin over his fears about the internet failed on all fronts. 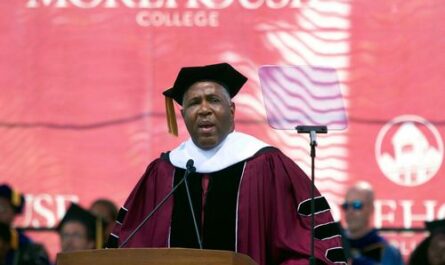