Russia’s largest online retailer — Wildberries — has launched in Germany in the latest stage of its international expansion, the company said Thursday.

Germany is Wildberries’ tenth country of operations and its first in western Europe. The firm will offer more than four million products to German shoppers and said it has a network of 40,000 collection points across the country.

Wildberries is Russia’s biggest online marketplace — recording more than 17 orders a second. The company reported total sales of more than $6 billion in 2020 — a 74% jump on the year before as the pandemic transformed Russia’s e-commerce industry, which for years had struggled to replicate rapid growth seen around the world.

The company is also aiming to launch in other western markets, where it will come into closer competition with Amazon, which is a non-player in the Russian e-commerce scene.

“In the near future, Wildberries is also planning to enter the markets of France, Italy and Spain.” Vyacheslav Ivashchenko, Wildberries’ Director of Development said. 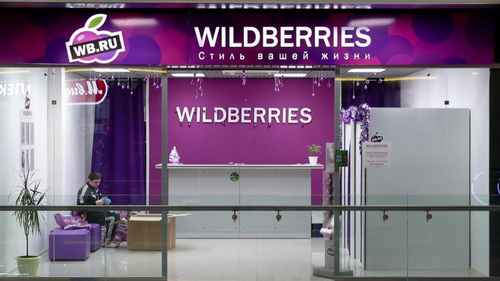 Rival Ozon — which claims second place — netted more than $1 billion in funding in a hugely successful initial public offering (IPO) on the U.S. Nasdaq Exchange at the end of last year.

Ozon’s $7 billion valuation prompted Forbes to reassess its value of privately-held Wildberries, suggesting founder Tatyana Bakalchuk could be Russia’s richest woman, with a personal fortune worth more than $10 billion.

Bakalchuk’s rags-to-riches tale of travelling around Moscow using public transport to make deliveries in the firm’s early years has been heralded as an inspirational success story. But the company’s rapid growth has also raised questions as to possible secret sources of investment or high-level government support, business site The Bell reported last year.

Wildberries was founded in 2004 and first started selling outside ex-Soviet countries in 2019, when it expanded into Slovakia, Poland and Israel.