No-one expected Donald Trump to be anything other than aggressive and bullying in his encounter with Joe Biden. And likewise, nobody expected Biden would do anything other than try to remain calm and reasonable – you could say presidential – as a way of dealing with him.

On that basis, Trump’s supporters may have been more satisfied with their man’s performance than those of Biden.

The Trump who tore into the former vice president right from the very start on Tuesday night, first by accusing him of being a socialist and then attacking his family, was much the person who has thrilled and energised them for the last four years or more, an avowed bully who boasts of not paying taxes and who refuses to denounce white supremacists.

“I would say almost everything I see is from the left wing, not from the right,” he said, when asked to do so. “I’m willing to do anything. I want to see peace.”

Biden’s task was to not allow himself to get distracted by the noise and rancour, yet to make his own case in a forceful way. He needed to “show up” without showing up too much.

Yet, as Hillary Clinton found four years ago, no matter how intensely you prepare, it is difficult to stick to such a plan in the face of such thunder and aggression.

To his credit, Biden did not stoop to Trump’s depths. He did not attack his family. He made no personal attacks whatsoever.

And he did try to denounce his record, something that was ripe for plunder.

“A lot of people died, and a lot more are going to die unless he gets a lot smarter a lot quicker,” he said of of the 200,000 deaths from coronavirus the US has recorded. 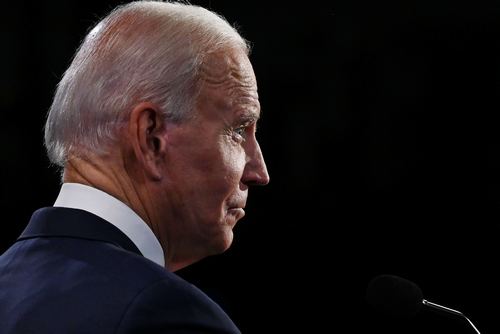 “You should get out of your bunker and get out of the sand trap and … the golf course and go in the Oval Office and put together Democrats and Republicans, and fund what needs to be done now to save lives.”

For Biden and the Democrats, Tuesday night needed to be a lot more than proving he was less of a bully than Trump. It was not, after all, a personality test.

On this front he did reasonably well. Biden has never been the greatest debater. Yet in Ohio, one of the states he is hoping to flip in November, he was alert, he was drilled, and he avoided most of the traps that he might have fallen into. He also proved he could deliver his own jabs at Trump.

“The fact is that everything he’s saying so far is simply a lie,” he said at one point, when Trump accused him of stealing the Democratic nomination from Bernie Sanders. “I’m not here to call out his lies. Everybody knows he’s a liar.”

Yet in terms of proving he was the fail-safe safety switch so many Americans say they want, Biden was less convincing.

Part of that is no doubt his age. He is 77, and looks every bit of it. By contrast, Trump is 74 but behaves like a hyperactive child.

As a result, what we often saw was the two men talking over each other, to little avail, with the 72-year-old moderator, Fox News’ Chris Wallace, being unable to separate the two.

“Gentlemen, I hate to raise my voice, but why should I be any different than the two of you?” Wallace said at one moment.

Indeed, the main headline from tonight’s event will of a widely derided “s***show”, that was unlikely to win over many of the reported 16 per cent of voters said to be still undecided.

As such, many eyes will be on the second encounter between the two men, on October 15 in Miami. (The next debate in the series, is between vice presidential candidates Kamala Harris and Mike Pence on October 7.)

But for the rare occasions when Trump seems to be operating low on energy, the president has shown he only has one speed – 150mph – and he puts hits foot down, regardless of who he threatens to crash into. He will be like that again in Miami.

By contrast, Biden needs to show he is not the “low energy Joe” that Trump accuses him of being.

When when they next meet, in Florida – that most crucial of electoral states – he needs to do better. He needs to both show up, and step it up. 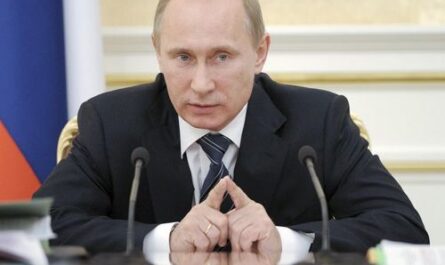