North Korea is offering a bounty of up to $10,000 to help find runaway workers in Russia, Radio Free Asia (RFA) reported Tuesday, citing Russian citizens of Korean descent in the country’s Far East.

The United Nations demanded that all countries send home North Korean laborers by late 2019 to stop Pyongyang from funneling a cut of their salaries into its nuclear weapons program.

Russian authorities in March 2020 estimated that 511 North Korean workers remained in the country after Pyongyang closed its borders due to the spread of the coronavirus despite having expired work permits. That figure may have risen to 3,000 this year, according to an unnamed Russian familiar with the North Korean labor situation cited by RFA, with many workers arriving on student visas.

Ethnic Koreans in Far East Russian cities such as Vladivostok and Ussuriysk told RFA that North Korean agents are on a manhunt for escapees across the region. RFA said the five Russian sources it spoke to had asked for anonymity, citing safety concerns.

The North Korean agents advertise the $10,000 bounties for the laborers, which include two supervisors who were among 10 runaways from a construction site in Khabarovsk late last year, RFA cited two of the unnamed ethnic Korean residents of Russia as saying.

“When a worker escapes from a construction site in Russia, the officials who were managing and supervising that worker will be summoned back to North Korea and purged. This is why the officials had no choice but to escape themselves,” the outlet quoted one of the residents as saying. 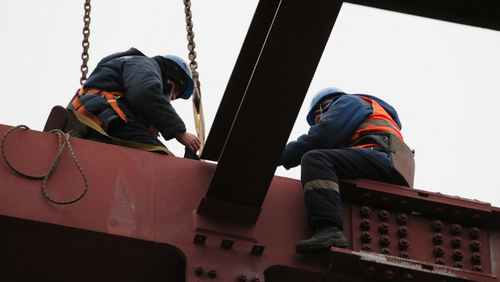 An ethnic Korean from St. Petersburg told RFA that North Koreans have “scattered regionally to find construction sites” since late 2020. Some have reportedly settled in Russia’s second-largest city on the opposite end of the country as a result.

Russia Prepares for Duma Vote Under Shadow of Crackdown on Dissent