Women around the world have been forced back into the kitchen and the notion that a “woman’s place” is in the home has returned in an “aggressive way” during the pandemic, the director of UN Women has said.

Phumzile Mlambo-Ngcuka, who has been leading UN Women since 2013, told The Independent that job losses for women have been a “bloodbath” as a result of them being overrepresented in sectors that have been worst hit by lockdown restrictions, such as hospitality and retail.

A recent study by McKinsey found that women make up 39 per cent of the global workforce yet constitute 54 per cent of total job losses, while women’s job losses due to the pandemic are 1.8 times higher than men’s.

Ms Mlambo-Ngcuka warned of a “lost generation of girls” as a result of women bearing much of the burden of the pandemic’s financial fallout and being more likely to be forced into child marriages than they were before Covid struck.

The UN chief, who is a former deputy president of South Africa, said: “Women work in sectors that have been affected by Covid. Women also work in areas where usually there aren’t enforceable contracts, so they are easy to lay off.

“Women do not have savings to stay afloat in bad times. If you don’t have government interventions, then they are on their own.

“It is no longer possible for women who are in the informal sector, who sell in markets in open spaces, to do so, because of social distancing. So women go to places where they used to sell but are now going to beg. Women who were self-made entrepreneurs are now beggars.”

Data from Oxfam that predates the pandemic shows that women around the world were already more likely than men to live in poverty. Women are concentrated in the lowest-paid forms of employment, with women earning 24 per cent less than men on a global scale.

But Ms Mlambo-Ngcuka warned that the coronavirus crisis was further rolling back the clock on gender equality and exacerbating these existing issues.

She added: “With more women working from home during the pandemic, we are transplanting women from offices and places of work outside of the home, back into the home.

“Back into the kitchen where they face an increased burden of care. The notion a woman’s place is in the kitchen or in the home has come back in an aggressive way. The preference in many places is for the man to go out to work.”

And it’s girls as well as women who are being affected.

Ms Mlambo-Ngcuka noted that child marriage has surged during the pandemic because of families hunting for ways to raise money – adding that domestic violence has risen by up to 30 or 40 per cent in many countries.

“In some situations, the desperation of people living squashed together, with the loss of income, and people being under stress, means women find themselves in harm’s way with no easy way of getting out of the house,” she said.

Ms Mlambo-Ngcuka said domestic abuse against women was driven by a range of factors spanning from misogyny to sexism.

“Many of us who work in this area are actually quite surprised by the number of different reasons which trigger violence against women,” she added.

Her comments come as a slew of studies show that gender-based violence has soared around the world during the public health emergency – with cases of female genital mutilation (FGM) and child marriage rising.

The Independent previously reported that half of girls are at risk of never returning to school in Africa and Asia in the wake of the Covid crisis.

A troubling study that polled 24,000 girls, shared exclusively last year, warned that families will prioritise pushing their daughters into marriage at a young age or making them do child labour over returning to education once schools can safely open.

The non-profit organisation Room to Read, which helps children in low-income communities develop literacy skills, said teenage girls had already dropped out during the pandemic – with researchers warning that financial uncertainty increases pressures to find money, which can lead to child marriage or sex trafficking and other forms of exploitation.

And a recent study by Unicef suggested that 2 million extra cases of female genital mutilation are likely to occur over the next 10 years due to the pandemic. FGM, internationally recognised as a human rights violation, refers to any procedure that intentionally alters female genital organs for non-medical reasons. The procedure is often carried out without anaesthesia and can cause a lifetime of severe health problems and pain. 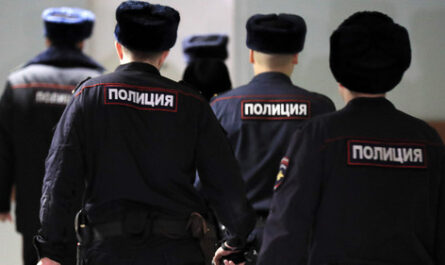