The firm of Davis Polk & Wardwell LLP, which has more than 900 attorneys and offices around the world, will lead the probe, Assembly Speaker Carl Heastie and Judiciary Committee Chair Charles Lavine said.

“Since Thursday, Chairman Lavine led a vigorous search for a top-flight firm to assist with the investigation. I have the utmost faith that Assemblymember Lavine and our Judiciary Committee will conduct a full and fair investigation,” Heastie said, adding that he expected the investigation to be “thorough and expeditious.”

The appointment was immediately panned by one of the women who has accused Cuomo of sexual harassment, Lindsey Boylan, who said she wouldn’t cooperate with the inquiry.

“What would be the point of survivors talking to investigators of your sham investigation @CarlHeastie?” Boylan tweeted. “I am in conversation with other women who have no interest in your corrupt, cynical ‘investigation.’ Hard pass.” 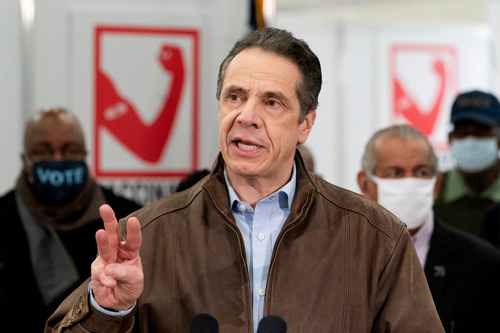 Leaders in the Democrat-controlled Assembly announced Thursday that they would investigate a variety of allegations against Cuomo, including claims of sexual harassment by multiple women and complaints that his administration purposely withheld data on COVID-19 deaths in nursing homes.

Cuomo has denied touching any women inappropriately and has rebuffed calls for his resignation.

President Joe Biden said in an interview with ABC News on Tuesday that Cuomo should resign if the state attorney general’s investigation confirms the claims against him.

Boylan wants Cuomo impeached now. She said she believes the Assembly’s decision to task its Judiciary Committee with investigating the governor “is not designed to be transparent or to move fast, and there’s nothing @NYGovCuomo wants more than time.”

“Many of us have not put our whole lives on the line for this crap. I certainly have not and will not,” she said on Twitter. Pro-Ukranian Activist from Crimea Gets 5 Years on Terrorism Charges