The weeks Oregonians spent avoiding the outdoors because of wildfires and smoke gave America some insight into what cooler days may bring to a pandemic-ravaged nation as fall arrives this week.

A report from the Federal Emergency Management Agency warned that the wildfires that have been raging in California, Oregon and Washington have been “complicating the response” to Covid-19, the disease caused by the novel coronavirus. Evacuations and government recommendations to stay indoors have slowed testing in many communities. People encouraged to stay indoors to avoid caustic air have faced another danger: interacting with other people, providing more avenues for the virus to spread.

As a result, the agency said, positive coronavirus tests in Oregon rose sharply to 5.6 per cent last week, the highest rate since July and the first upward movement after six weeks of declines.

It is just one of the negative effects of fires that have burned more than 5 million acres and killed 33 people. Sun-blocking plumes of smoke – and occasionally the fires themselves – have converged. The smoke has been blown into Arizona and Nevada, and, powered by the jet stream, has made its way to the East Coast and across the Atlantic. 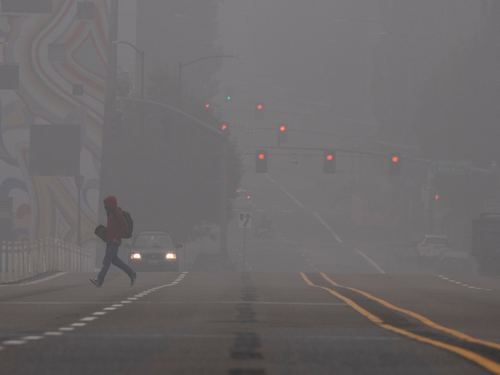 Other factors may have contributed to the spike in positive coronavirus cases. Public health experts were expecting an increase after the Labor Day holiday brought people together. Health officials saw similar spikes after Memorial Day and Independence Day.

Still, a dozen days avoiding atmospheric contaminants may provide a prelude for a nation still unclear about what will happen when winter forces most people inside. Further complicating things: the start of flu season.

Jennifer Vines, the lead health officer for three counties that include Portland and its suburbs – Multnomah, Clackamas and Washington – said the area she oversees doesn’t yet have granular data on the impact wildfires will have on coronavirus numbers. But she said they could see strains on the public health system in her section of northwest Oregon.

“Any strain on the system with covid in the background is potentially serious,” Vines said. “Our covid prevention recommendations got completely turned on their head after the last eight days. We were telling people get inside and stay inside, close your windows and basically hunker down indoors.”

Two hospitals in Oregon were forced to move critical-care patients because of smoke-related worries. The Oregon State Public Health Laboratory was closed for two days after smoke degraded indoor air quality. Many outdoor testing sites have closed because of hazardous air, according to the state department of health, and that development will reduce testing.

State protocols on the wildfires and virus are clear: people isolating or quarantining because of the virus should evacuate first and take steps to mitigate the virus’s spread later. People who are sick with or who have been exposed to the virus are encouraged to distance themselves to the best extent possible, and to contact health officials when safely away from fires. The state has also implemented social distancing for people fighting the wildfires.

More people have been showing up to hospitals complaining of asthma-like issues and other respiratory problems, according to Ms Vines and the state health department. There is also a mental toll among health workers and sick residents. Some of the symptoms of smoke inhalation and Covid-19 overlap, causing people who show up to emergency rooms to wonder whether their laboured breathing is from too much time outside or an indication of the virus, which has killed nearly 200,000 Americans. Uncertain health-care workers have to don full protective gear when dealing with nearly every scratchy throat.

“Any respiratory complaint, they have to fully suit up,” Ms Vines said. “Even just working through screening questions. For several days, everyone in my county had a scratchy throat.” Russia Closes In on Eurovision Trophy With Manizha’s Qualifier 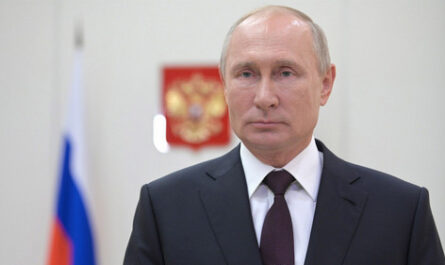