A film that set off a storm of controversy in Pakistan has been made the country’s official entry to the Oscars this year, despite objections from religious and political groups that led to boycott calls and death threats for its producer.

The drama entitled Zindagi Tamasha  (Circus of Life), which premiered at the Busan International Film Festival last year, was termed blasphemous in the country by fundamentalist groups, including Tehreek-e-Labbaik Pakistan (TLP), a far-right Islamist political party which said the film “might lead people to deviate from Islam and the prophet.”

Set to release last year in January, the film’s trailer triggered the reaction from fundamentalists even before the movie itself could hit cinemas, and the release date kept getting pushed further back amid a series of protests, open letters, and multiple reviews by the government censors.

In July 2020, Pakistan’s Senate Committee for Human Rights approved the release of the film, although this decision again got embroiled in a legal battle.

The film, according to the official synopsis, is set in Lahore and “is an intimate portrait of a family as well as a scorching political commentary on little gods on this earth who police our private passions”.

The trailer shows an elderly Muslim man, who writes hymns praising the prophet, being ostracised from society and facing humiliation after a video featuring him dancing to a popular song becomes viral.

The creators of the film based it on a real-life YouTube video. “The basic inspiration for the film did come from just real content that is online and I felt so bad on behalf of that poor guy – he just danced, he’s not doing anything,” Sarmad Khoosat, one of the two producers of the film, told Variety. 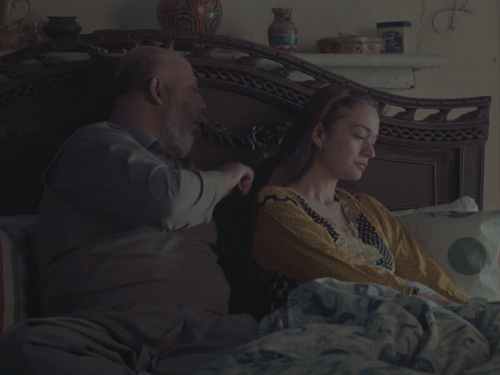 The topic of blasphemy is a highly sensitive issue in Pakistan which often sees the accused getting targeted by hardline groups. A potential insult to Islam can be booked under blasphemy laws which carry a maximum sentence of death.

Mr Khoosat, well-known for creating hugely popular TV shows like Hamsafar, revealed on Twitter that soon after the trailer was released, he started receiving “dozens of threatening phone calls and messages”.

Mr Khoosat told The Guardian his “phone number was leaked and he was sent endless photos of decapitated heads.”

“I put my 18 years of experience into it,” Mr Khoosat, who funded the film himself, said. “I didn’t want to do anything sensational – all the dramatics were kept at bay.”

The creators have also expressed disappointment at the fact that the film is still not available to the local audience in Pakistan, for whom it was made.

“All the heartache that Zindagi Tamasha gave me has somehow restored my faith in the power of art too: the sheer, almost physical power of art to make life imitate it. This announcement, for me, is a very bright light shining at the end of this dark tunnel of a year,” Kanwal Khoosat, co-producer of the film, was quoted as saying by the Dawn newspaper.

“I made this film in Pakistan and foremost, for Pakistan, for my people and the misfortune that my people have remained deprived of it weighs quite heavy on my artistic conscience.” 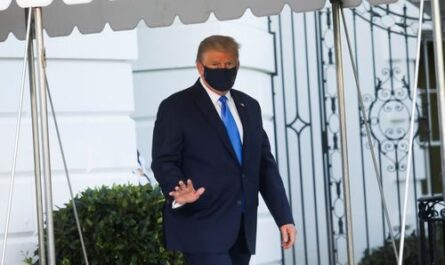 The history of Walter Reed hospital, where Trump is being treated for coronavirus