Nancy Pelosi has decided to recall the House of Representatives to vote on legislation that would undo recent changes at the US Postal Service (USPS) which many fear will undermine the integrity of the 2020 election.

In a letter to her Democratic colleagues, Ms Pelosi wrote that “lives, livelihoods and the life of our American Democracy are under threat from the president, whose efforts to “sabotage the election” and “disenfranchise voters” may yet “deny the ability of eligible Americans to cast their votes through the mail”.

“I am calling upon the House to return to session later this week to vote on Oversight and Reform Committee chairwoman Carolyn Maloney’s ‘Delivering for America Act’,” she wrote, “which prohibits the Postal Service from implementing any changes to operations or level of service it had in place on January 1, 2020. House democratic leader Steny Hoyer will soon be announcing the legislative schedule for the coming week.”

Ms Pelosi had already suggested the house might return from recess to take action, but has been under pressure from Democrats to up the ante as the postal service crisis continues.

By preventing the USPS from altering its services until either the end of the official Covid-19 state of emergency or 1 January 2021, whichever is later, the Delivering for America Act, would oblige the service to rewind any changes made in the previous few months and then remain at its 1 January level until after the November election.

Along with legislation, Ms Maloney has also summoned postmaster general Louis DeJoy, to appear before the House Oversight Committee, which she chairs, to answer urgent questions about the USPS’s recent actions.

She has asked him to confirm today whether he will appear voluntarily at the hearing, which is scheduled for next Monday. Some Democratic members have called for Mr DeJoy to be subpoenaed if he declines to appear, and to be arrested by the Sergeant at Arms if he fails to comply.

Gen. DeJoy’s orders are already under investigation by the USPS’s own inspector general.

Speaking at a press conference this weekend, Ms Pelosi pointed out that the president and his allies have deliberately drawn a distinction between mail-in voting and absentee ballots, which are essentially the same thing, partly to protect Donald Trump from accusations of hypocrisy since he votes by mail himself.

She also gave her diagnosis of why the president and so many Republicans harbour such antipathy toward the service.

“They’ve not really ever liked the postal service because they always want to find a way to make money off of something and to privatise it. But now, at the time of a pandemic, you would think they’d have a little sensitivity. 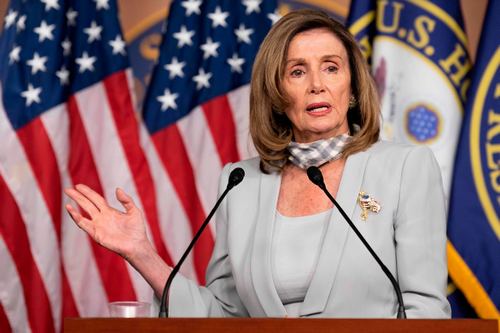 Mr Trump has been backing lawsuits intended to curtail mail-in voting in various states, whether by invalidating tens of thousands of applications for mail ballots or blocking initiatives to send ballot applications to all active voters.

He has also refused to accept any coronavirus relief package that grants rescue funds to the USPS, openly admitting on Fox News that he wants to ensure the service is too cash-strapped to handle a massive influx of ballots.

Based on her remarks this weekend, Ms Pelosi sees it a similar way. “There are people who think that the post office is ‘election central’ in this election,” she said. “Maybe the president thinks that too, and that’s why he wants to shut it down.” 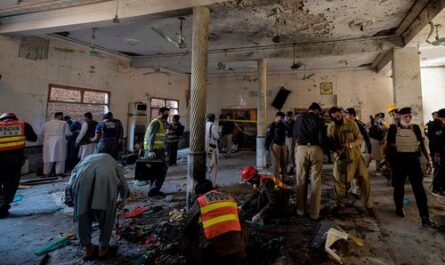