Customers in Ireland could soon be deprived of Marks & Spencer’s Percy Pigs, with the famed sweets among the first items to fall foul of Brexit red tape.

The farmyard-themed favourites are now subject to complex “rules of origin” regulations agreed as part of the UK’s new trade deal with the EU, which see tariffs imposed on goods initially manufactured within the bloc if a UK firm re-exports them to the continent.

The problem extends well beyond German-manufactured Percy Pigs, with the British Retail Consortium warning at least 50 of its members, all of them large UK retailers, are now facing such tariffs.

“Essentially, there is about a third of the product in our food business that is subject to very complex rules of origin arrangements, around the components within it, and how much has been altered in the UK,” said Marks & Spencer chief executive Steve Rowe in the firm’s Christmas update, as he revealed the retailer’s sales fell by seven per cent in the run-up to the festive period.

He added: “Any product that’s manufactured in Europe, comes to the UK and is then redistributed to somewhere like Republic of Ireland also, potentially faces a tariff.

“So, the best example is Percy Pig is actually manufactured in Germany, and if it comes to the UK and we then send it to Ireland, in theory, he would have some tax on it.

“So we’ve got a lot to do in terms of composition and rerouting, but it’s really important that we continue to be focused on trading the business.

“And, at the moment, making sure we’ve got constant continuity of supply in our Irish business.”

Meanwhile, the Republic of Ireland has been forced to temporarily ease customs checks on shipments from Great Britain after hauliers warned Brexit bureaucracy could lead to imminent shortages, with a backlog of hundreds of lorries starting to build in England and Wales. 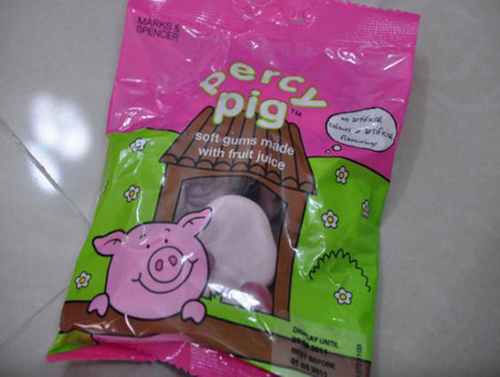 Hauliers travelling to Northern Ireland have said they are being “overwhelmed” by paperwork with scores of lorries being turned away from ports because they haven’t completed the documentation correctly.

Announcing the “temporary easement”, which allows exporters to use an emergency movement reference number (MRN) to board ferries if they cannot complete all of the required paperwork, Ireland’s Revenue department issued a damning statement late on Thursday accusing many British businesses of simply not being prepared for regulations they should have seen coming in advance.

But Eugene Drennan, president of the Irish Road Haulage Association (IRHA), told The Independent  that the temporary relaxation amounted to a “sticking plaster on an open wound”, warning: “It won’t be enough.”

Mr Drennan called for a three-month derogation from EU customs checks to allow companies to adapt, as the IHRA blamed the problems on IT systems that are not working properly and had not been tested, meaning businesses have not had time to get used to the new process. Revenue strongly rejected this assertion.

While some 700 lorries have already been turned away since the end of the transition period just over a week ago, with around 150 fines being handed out to hauliers in Kent for non-compliance with new rules, the problem is set to intensify as initially low levels of traffic start to increase.

“So far disruption at the border hasn’t been too profound but it is the case that in the weeks ahead we expect that there will be significant additional disruption, particularly on the Dover-Calais route,” said Cabinet Office minister and keen Brexiteer Michael Gove.

“It is our responsibility in government to make sure that business is as ready as possible, and hauliers and traders have already done a lot but we have to redouble our efforts to communicate the precise paperwork that is required in order to make sure that trade can flow freely.

“So over the course of the next few days, government will be stepping up that communications effort to make sure that business knows what is required.” In Mike Pence’s hometown, residents ponder his legacy and his future