Poland could take legal action against Pfizer next month if the US drugmaker does not deliver all scheduled doses of its Covid-19 vaccine, a government spokesman said on Friday.

Pfizer, which developed the vaccine with its German partner BioNTech, has reduced the volume of the vaccine it will deliver to European Union countries this week.

Pfizer and BioNTech have declined to comment on the cuts beyond a statement last week which announced cuts to deliveries as they ramp up manufacturing in Europe.

Italy has said it is considering legal action, amid mounting frustration over the impact the cut in supplies has on vaccination programmes.

“I think that such a decision on legal action could be made next month if these supplies are not completed in accordance with the manufacturer’s declaration,” Piotr Muller told public broadcaster Polskie Radio Program 1.

On Monday, Poland received 176,000 doses of the Pfizer/BioNTech vaccine, a drop of around 50 per cent from what was expected, authorities said. 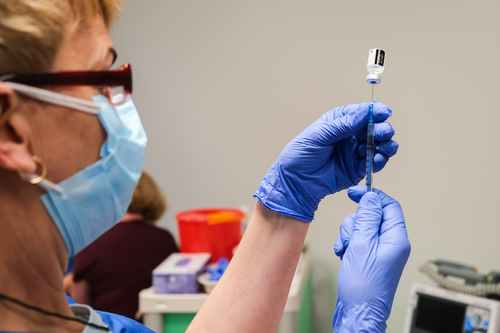 On Thursday, Health Minister Adam Niedzielski said the missing doses would be delivered from mid-February.

“At the moment, we have a situation where the manufacturer declares… that these differences will be covered,” Mr Muller said. He added: “But if this is not the case then of course legal measures will have to be considered.”

Poland on Thursday said it had expelled three Russian diplomats, following a similar move by the United States, over what Warsaw called “hostile actions” by Moscow.

Earlier Thursday the U.S. announced sanctions and the expulsion of 10 Russian diplomats in retaliation for what Washington said was the Kremlin’s U.S. election interference, a massive cyber attack and other hostile activity.

The Polish foreign ministry said it had declared the three embassy staff members personae non gratae because of a “violation of diplomatic status and carrying out activities to the detriment” of Poland.

The ministry added in the statement that Warsaw “expresses its full solidarity with the decisions taken by the United States … regarding its policy towards Russia.”

“The decisions jointly made and agreed upon by allies constitute the most appropriate response to the hostile actions by the Russian Federation,” the ministry added. 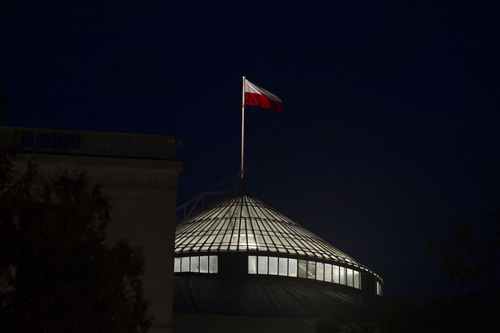 Poland’s move was the latest show of support for the U.S. after Britain summoned the Russian ambassador in the UK to express its deep concern at what it called Moscow’s “pattern of malign activity.”

The NATO military alliance also expressed its support for the U.S. following its “announcement of actions to respond to Russia’s destabilizing activities.”

The EU for its part expressed “solidarity with the United States on the impact of malicious cyber activities, notably the SolarWinds cyber operation,” referring to the massive hack of U.S. government computer systems last year.

“The consequences of these attacks extend beyond the U.S. and notably affect European countries,” the ministry said.

“The steady increase in harmful activity in the cybersphere … has a negative influence on society, the economy and government in many countries.” Putin Announces Non-Working Period in May to Prevent Virus Surge 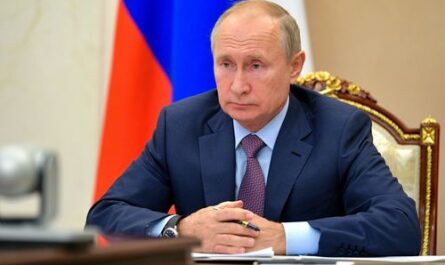