Prosecutors have requested an arrest warrant for Kyle Rittenhouse for an alleged breach of his bail conditions.

Mr Rittenhouse, 18, who is charged with shooting dead two protesters in Kenosha, Wisconsin, last year, is accused of failing to update his home address with the court.

His failure to do so inhibits authorities ability to monitor his whereabouts, according to court papers filed by the Kenosha County District Attorney’s Office.

Officials say that they became aware of the situation when a notice for a hearing was returned to sender without a forwarding address.

Prosecutors argued that because Mr Rittenhouse did not pay his $2 million bond himself he has little incentive to comply with the conditions of his release.

Right-wing activists and conservative celebrities helped raise the money to have Mr Rittenhouse released from Kenosha County Jail on bond ahead of his trial.

“After all, it is extremely unusual for a defendant facing a charge of First Degree Intentional Homicide in Kenosha County to post cash bond and be released from custody pending trial,” the motion stated.

“Rarely does our community see accused murderers roaming about freely.”

The motion requested that a judge issue the arrest warrant, increase the bond by $200,000, and that Mr Rittenhouse immediately update his address. 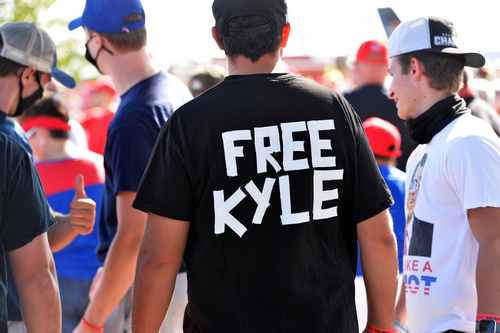 Mr Rittenhouse is accused of killing Joseph Rosenbaum, 36, and Anthony Huber, 26, when he traveled to Wisconsin last year, supposedly to guard a car dealership during protests over the police shooting of a Black man, Jacob Blake.

He is also accused of injuring a third man, Gaige Grosskreutz, who survived.

The demonstrations in the city took place after a white police officer shot Mr Blake in the back during a domestic disturbance incident.

He was left paralysed from the waist down after the shooting.

It is not the first problem that authorities have had with Mr Rittenhouse’s behaviour while out on bail.

On 5 January, after his arraignment, he went to bar and drank three beers in the company of a number of Proud Boys and flashed white supremacist signs, while wearing a shirt with a slogan that read “Free as f***.”

Prosecutors included details of that incident in their motion.

Mr Rittenhouse has pleaded not guilty to all charges. 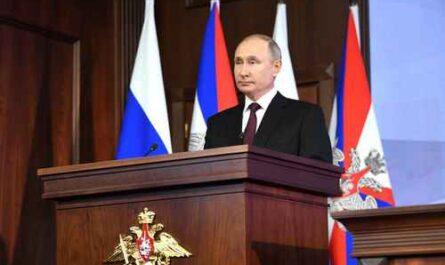