Biden defeated Republican Trump in November, and Putin was one of the only world leaders to wait until the Electoral College certified his win in December to congratulate him.

“We assess that President Putin and other senior Russian officials were aware of and probably directed Russia’s influence operations against the 2020 U.S. Presidential election,” said the Office of the Director of National Intelligence’s declassified report.

“We assess that Russian leaders viewed President Biden’s potential election as disadvantageous to Russian interests and that this drove their efforts to undermine his candidacy,” according to the findings from agencies including the CIA, FBI, NSA and DHS.

These efforts included using Ukrainians with links to Russian intelligence to target people close to Trump, as well as U.S. media and lawmakers, with misleading information about Biden, the report said.

Iranian and Chinese state-affiliated actors also likely impacted security networks linked to the candidates, their campaigns and political organizations, the report said. It noted however that the foreign powers did not appear to deploy hackers to disrupt the 2020 election or access infrastructure.

“Unlike in 2016, we did not see persistent Russian cyber efforts to gain access to election infrastructure,” the report said. 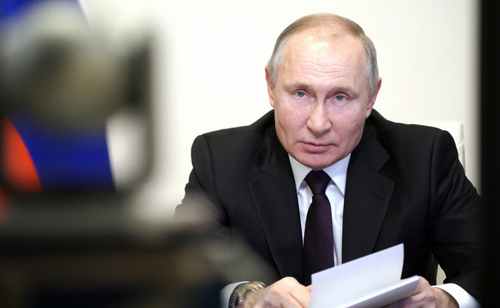 Russia’s Embassy in Washington called the report “another set of groundless accusations against our country” in a Facebook post.

The intelligence report’s findings are likely to be followed by the Biden administration’s announcement of new sanctions as soon as next week, CNN and Reuters reported, citing unnamed officials. Reuters reported that the actions would target Russia, while CNN said they would also include China and Iran.

The Kremlin on Wednesday called the intelligence report a “low-quality excuse” to raise the issue of new anti-Russian sanctions and denied having ties to campaigns against any of the U.S. presidential candidates.