Russian President Vladimir Putin proposed Friday concluding a pact with the United States against interfering in one another’s elections, just weeks before the U.S. heads to the polls.

Western countries have for years accused Russia of using hackers and internet trolls to sway the outcome of elections, and U.S. intelligence officials have said that it is once again manipulating social media in favor of Donald Trump as it did in 2016.

In a Kremlin statement, Putin called for the two countries to “exchange guarantees of non-interference in each others’ domestic affairs including elections, including with the use of information and communication technologies.”

He also called for a global pact agreeing not to use such methods to deal “the first blow” in conflicts.

In addition to interfering in U.S. politics, a hacking group believed linked to Russian intelligence services was accused by British officials of trying to steal information on coronavirus vaccines.

The British government this year also accused “Russian actors” of seeking to disrupt the 2019 general election by circulating leaked trade documents between London and Washington. 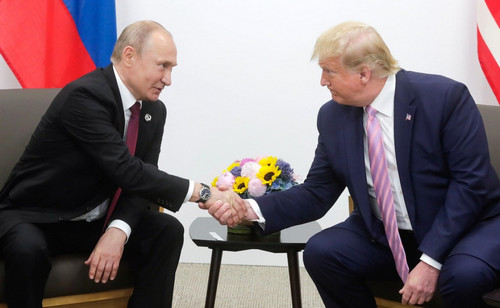 German Chancellor Angela Merkel revealed in May that Russia had targeted her in hacking attacks, saying she had concrete proof of the “outrageous” spying attempts.

The Kremlin has denied allegations of election meddling and interference and instead accused the Western leaders of waging a disinformation campaign against Russia.

Protesters have taken to the streets of Belarusian cities since Lukashenko claimed a sixth term with 80% of the vote in the Aug. 9 election.

Putin has promised to provide the 66-year-old strongman with security assistance if the political crisis worsens and gave Belarus a loan of $1.5 billion.

Lukashenko has accused various Western countries and NATO of attempting to destabilize his country or support the protest movement. 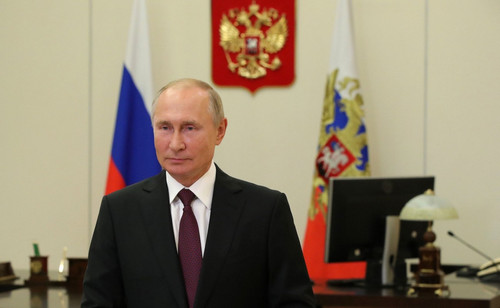 Addressing a forum on the Belarusian and Russian regions, the Kremlin chief said that Moscow was ready to stand by Minsk, describing ties as “timeless and all-weather.”

Lukashenko’s relationship with Putin was strained ahead of the vote last month with Minsk accusing Russia of dispatching mercenaries to plot unrest with the opposition.

Putin has long been pushing for even closer integration between the two countries, whose “union state” alliance guarantees close military and economic ties.

European leaders have refused to recognize Lukashenko’s relection and have promised sanctions on Belarus for vote rigging and a fierce crackdown on post-election protests.

Exiled opposition leader Svetlana Tikhanovskaya who claimed victory over Lukashenko in the August vote has rallied Western support for demonstrators since fleeing to neighboring Lithuania. 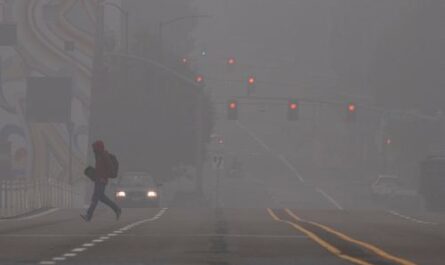