Putin’s delay in getting vaccinated while boasting of Russia’s Sputnik V as the world’s “best” jab has raised eyebrows, and he was one of the last remaining world leaders to be vaccinated.

The procedure happened off-camera despite speculation that the Russian president would broadcast it live to ease public distrust in Russia’s vaccines, with Peskov saying earlier Tuesday that “you’ll have to take our word for it.”

“As for being vaccinated in front of the cameras, he does not like it,” Peskov said of the 68-year-old leader, who has not been one for camera-shyness during his two decades in power.

Previous reports said Putin, 68, was waiting until his vaccination schedule allowed him to receive the coronavirus shot. Citing Putin at a closed-door meeting with journalists last month, Kommersant reported that he wouldn’t broadcast his vaccination because he “does not want to monkey around.”

Yet with Russia’s mass vaccination campaign getting off to a slower-than-hoped start since the beginning of the year, Putin’s move will likely be viewed as an effort to boost public trust in Russian-made vaccines.

Only about 4 million of the country’s 144 million people have so far received two vaccine doses, and another 2 million a first dose. A poll this month said nearly two-thirds of Russians don’t want to get Sputnik V.

“Vaccination is of course the voluntary choice of every person… By the way, I intend to do it myself tomorrow,” Putin had said during a televised meeting Monday. 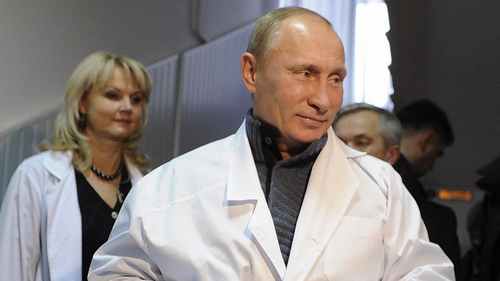 His vaccination also comes as Russia spars with the European Union over an EU official’s comments criticizing the Russian vaccine and Sputnik V undergoes a rolling review for approval with the EU’s medicines regulator.

Russia became the first country in the world to register a coronavirus vaccine in August 2020 by approving Sputnik V, which was developed by the state-run Gamaleya Research Institute and the Russian Direct Investment Fund. International experts raised concerns over its approval ahead of large-scale trials for safety and effectiveness while western officials criticized the jab as a propaganda tool.

A peer-reviewed study published in The Lancet last month revealed Sputnik V’s effectiveness to be nearly 92%, alleviating some of those concerns.

Russia has registered two other domestic vaccines so far: KoviVak and EpiVacCorona.