Prominent Russian investigative journalist Roman Anin has told The Moscow Times he is worried about the future of independent media in the country after his latest questioning by the Investigative Committee on Monday.

His lawyer and editorial team have linked Monday’s questioning — as well as a seven-hour raid on his home and questioning Friday — to his 2016 investigation into the luxurious lifestyle of Olga Sechina, the then-wife of Rosneft head Igor Sechin.

Anin himself, however, believes the interrogations and raid are meant to send a message to Russia’s independent media that a new clampdown is coming.

“I have a feeling this is about something bigger than the Novaya Gazeta story, it’s about putting pressure on us as journalists,” Anin said in a telephone interview.

In a statement Monday, Rosneft accused the media of using the raid and Anin’s questioning to discredit the state oil giant “given its budgetary and system-forming role for the Russian economy, as well as its leading position in the global energy industry.”

During a Friday webcast, Anin had warned of the uncertain future for independent media in Russia, saying it only had a year or so left before being “shut down” by the authorities.

An hour later, Russian security officers showed up at his apartment, searching his home for seven hours. He was then taken in for questioning by the Investigative Committee as a witness in a criminal case initiated after his Sechina investigation. After refusing to testify he was released, but was summoned to speak with investigators again on Monday. 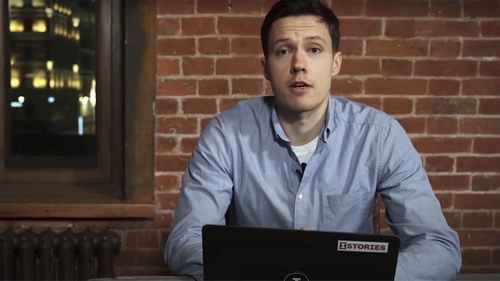 His investigation, published when he worked at the independent Novaya Gazeta newspaper, alleged that Sechina vacationed on a $100 million yacht. Shortly after its publication, Sechin successfully sued Novaya Gazeta, requiring them to publish a refutation, while the authorities opened a criminal case into “violation of privacy by abusing one’s professional functions.”

In 2020, Anin co-founded the Vazhnye Istorii (iStories) investigative media outlet, which has since published several high-profile investigations into corruption among members of Russia’s ruling elite.

He said he thinks these investigations might have triggered renewed interest in the five-year-old case, which was reopened in March — this time against iStories.

“In the short period of time since launching our independent media, we published several sensational investigations including about Putin’s son-in-law, FSB operatives and Sechin himself,” Anin said.

“Any of these loud investigations could have acted as a trigger for reopening the case and led to the legal harassment of me as iStories’ chief editor.”

“I have a feeling the case’s reopening was just a justification for seizing my laptops and phones which were purchased after 2016,” he added.

While his apartment was being searched, the authorities also searched iStories’ newsroom, though Anin said nothing was taken from there.

The European Union voiced concern over the search of Anin’s apartment and his questioning, calling on Russian authorities to ensure that journalists can continue their work without hindrance.

Independent media in Russia have faced tightening pressure from the authorities in recent decades and Anin said he thinks this will only get worse.

Last month, potent chemicals were spilled outside Novaya Gazeta’s offices in what its journalists say was a targeted attack.

High-profile independent journalists like Ivan Safronov and Ivan Golunov have also faced criminal prosecution in recent years. Safronov has been in pre-trial detention since last summer on charges his supporters say are a response to his defense reporting.

In Golunov’s case, widespread public outcry helped turn the tide in his favor and his charges were dropped after authorities discovered the evidence against him was fabricated.

Still, Anin said he sees the landscape for journalists working outside the state-controlled media sphere getting worse before it gets better.

“The overall situation in Russia is causing independent media to disappear and independent journalists to be prosecuted,” Anin said.