With less than three weeks to go before much-hyped elections to Russia’s national parliament, the State Duma, there is virtually no campaigning to be seen.

For experts, the phantom campaign is a sign that the Russian authorities have everything under control.

“Everything is going very smoothly for the Kremlin,” said Andrei Kolesnikov, head of the Russian Domestic Politics and Political Institutions Program at the Carnegie Moscow Center think tank.

“The road to the elections had to be smoothed over with purges of civil society, independent media and political opponents. This has all proved very effective.”

The outcome of the Sept. 19 vote for the Duma’s 450 seats — the first test for the ruling party since a major crackdown on dissent began last year — will hinge on whether an opposition movement stung by the January crushing of protests in support of jailed Kremlin critic Alexei Navalny can cut through the apathy to land some blows on the unpopular ruling party, United Russia.

Only a few months ago, everything looked very different. 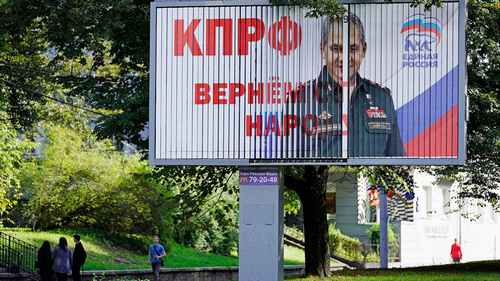 Though Russian elections are rarely considered free or fair, they are by no means irrelevant. Some — though not all — opposition parties are allowed to contest the polls, and vote counts — which observers have considered to be rigged in places — have traditionally been more or less genuine.

On occasion, Russia’s otherwise limited democracy has delivered sharp rebukes to the authorities. In 2011, United Russia came close to losing its majority in parliament, as the electorate tired of the pro-Kremlin bloc’s reputation for corruption.

This year, with United Russia’s polls sinking to historic lows — according to the state-funded pollster VTsIOM the ruling bloc has not registered more than 30% support since June — Russia’s beleaguered opposition had hoped for a repeat performance.

With a wildly unpopular 2018 pension reform cutting the party’s support almost by half overnight, and economic stagnation and rising prices shrinking its core electorate, there seemed reason to believe that the 2021 election could deliver another shock to the system.

But with polling day approaching, most experts now expect United Russia to retain the two-thirds majority that is the party’s primary goal.

“As Putin takes a more hands-on role in the final weeks, its support will increase.”

Even without the direct involvement of Russia’s president — whose popularity has always far outstripped his party’s — United Russia still enjoys systematic advantages that should insulate it from electoral disaster.

In particular, low turnout is set to benefit the ruling party, as opposition-minded voters dispirited by the widening crackdown on dissent are seen as more likely to stay away from the polls.

Meanwhile, with Navalny’s movement banned as “extremist” and his close allies either under house arrest, in prison or in exile, the radical anti-Kremlin opposition is less able than ever to influence Russia’s political life.

In particular, prospects for the Navalny team’s Smart Voting program — under which anti-Putin voters are encouraged to rally around the strongest non-United Russia candidate in each race — are in question.

Though Smart Voting succeeded in slashing United Russia’s majority in the Moscow City Duma in 2019, this year the authorities have been active in trying to pre-empt any upsets at the polls.

Navalny-affiliated candidates, now designated criminal “extremists,” are formally banned from running for office under a law passed earlier this year.

Candidates from the tame, “systemic” opposition parties — especially the Communist Party (KPRF) and the liberal Yabloko — with records of radical sympathies or strong electoral prospects have also found themselves barred from the polls.

Deprived of independent-minded candidates like former Communist presidential contender Pavel Grudinin — banned from the elections for offshore assets he claims to have disposed of — the new Duma opposition will be dominated by loyalist deputies, according to Carnegie’s Kolesnikov.

“The systemic parties have become branches of the Presidential Administration,” said Kolesnikov, referring to the Kremlin department that coordinates domestic politics.

“If the Communists or the far-right Liberal Democratic Party increase their vote shares by a little, it doesn’t mean much. They are institutions for supporting the Kremlin,” he added.

Yet despite the increasing hollowness of Russia’s democratic life, few see serious prospects for a return of the street protests that greeted Navalny’s return home from Germany after treatment for nerve agent poisoning he blames on the Kremlin, and subsequent arrest in January.

Though some experts had previously allowed for the prospect of demonstrations against another United Russia victory, especially one considered fraudulent, the quashing of the Navalny protests — which saw over 10,000 people arrested amid mass police violence — is likely to keep Putin opponents from taking to the streets.

“Russian society is in a state of political depression,” said Tatiana Stanovaya, founder of R.Politik, a political consultancy.

“All the initiative lies with the authorities.”

Even so, a bleak outlook for the opposition doesn’t mean the Kremlin can sleep easily.

Hoping to repeat the successful, foreign policy-heavy campaign that in 2016 delivered United Russia 54% of the vote and an overwhelming Duma majority, United Russia this year appointed foreign minister Sergei Lavrov and defence minister Sergei Shoygu, two of the country’s most popular political figures, as its lead candidates.

It was, according to R.Politik’s Stanovaya, the prelude to a campaign set to be dominated by themes of national security and geopolitics.

But in the event, with polls showing Russian voters most concerned with socio-economic issues like rising prices, sliding living standards and fallout from the pension reform, the campaign has ended up focusing on domestic questions, on which the Kremlin’s footing is less secure.

“The electorate and the government want to be having very different conversations,” said Stanovaya.

One impact of the focus on domestic issues has been a modest bounce for the Communist Party which, despite appearing moribund at the start of the year, has benefitted from an electorate worried about falling incomes and social welfare to reach polling heights unseen in a decade.

With the Communists traditionally the largest and most independent of the parliamentary parties — and their lower ranks increasingly militant — some experts see potential risks for the government.

“The Communists are sailing very close to the wind in this campaign,” said the Center for Political Information’s Mukhin.

“There’s a chance they could move over into the radical opposition, which would cause problems for them, and for the Kremlin.”

But with United Russia likely to maintain its large majority, for most observers, the election’s primary story is one of apathy and inertia, masking a growing gulf between the population and the political elite.

“The authorities want to insulate themselves from the electorate, to shut the people out of politics,” said Stanovaya.

“There’s a sense of alienation that this campaign has only deepened.” 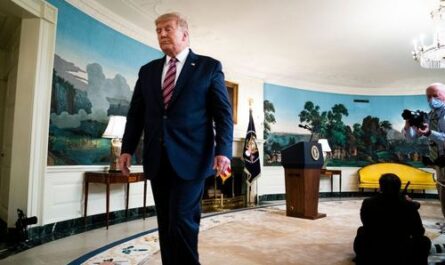