A lax work attitude and genuine disinterest might not seem like traits suited to a successful reality television career.

But for one Russian man, it was precisely these qualities that made him a star in China — albeit very, very reluctantly.

Vladislav Ivanov, a contestant on China’s Produce Camp 2021 pop-star competition show, will finally get to go home after his plan to urge viewers to vote him off the show backfired.

Ivanov, a native of Russia’s Far East city of Vladivostok, was initially brought to the set of Produce Camp 2021, where participants compete for a spot in a boy band, to teach Mandarin Chinese to two Japanese contestants.

Shortly after arriving at the production location on an artificial island in China’s Hainan province, producers noticed Ivanov’s appearance and offered him a spot in the competition instead.

“They thought I was good-looking, so they asked if I’d like to have a try,” the 27-year-old said in an episode. 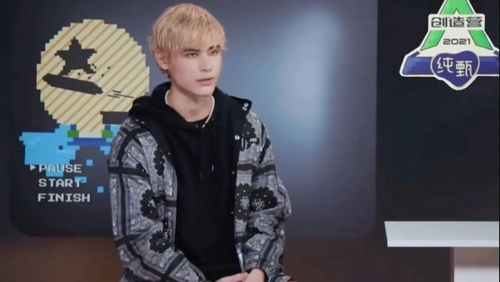 Ivanov, who is known in China by his stage name Lelush, soon regretted this decision as he was placed in cramped dormitories with 90 other contestants and banned from using his cellphone — not to mention the intense schedule.

He made his dissatisfaction clear with his low-energy, blank-faced singing and dancing performances, which stood in striking contrast to those of his fellow contestants eager to win.

Unable to drop out due to contractual obligations, Ivanov openly pleaded with viewers to “free” him from the show.

Yet despite his best efforts, his moody and cynical onscreen persona won fans over. They voted to keep him in the contest for three months, organizing voting campaigns and putting up billboards to drive up support.

Ivanov’s unexpected popularity is believed to be rooted in China’s Sang (Mourning) subculture, in which the country’s overworked millennials find solidarity in taking a cynical view toward life. Many fans said they related to Ivanov and saw him as an onscreen embodiment of the grueling, sometimes toxic work environment that many young Chinese people face.

The unwanted support carried Ivanov into the show’s finale that aired last Saturday where, much to his relief, he ultimately lost.

While many fans said they were sad to see him go, Ivanov soon took to the Chinese social network Weibo to celebrate.

“Thanks for everyone’s support. I’m finally getting off work.”