“She was detained. It is not yet clear why. Perhaps they want to forcibly take her to court. Today is just a court hearing on the case of ‘sanitary standards’ violations,” lawyer Dmitry Dzhulay told the state-run TASS news agency.

As a defendant in the so-called “sanitary case” that saw several Navalny allies charged for calling for mass protests against his jailing in January, Vasilyeva is barred from leaving home between 10:00 p.m. and 7:00 a.m.

Russia’s Federal Prison Service previously asked for Vasilyeva to be transferred to pre-trial detention because she broke this curfew by a few minutes several times, TASS reported.

In a video published by fellow Navalny ally Oleg Stepanov, Vasilyeva can be seen filmed trying to shake her arm free from officers as they attempt to lead her away.

Vasilyeva, who is Navalny’s personal doctor in addition to heading the independent Doctors’ Alliance union, rose to prominence last year for criticizing the government’s coronavirus response and distributing aid to underfunded regional doctors.

The Doctors’ Alliance was labeled a “foreign agent” earlier this year.

Monday’s televised police presentation in the oil city of Nizhnevartovsk that circulated widely on social media showed teenagers with shields and riot gear carrying out mock detentions of volleyball-pelting fellow students. Another scene showed students in riot police helmets practicing maneuvers with shields and truncheons under the officers’ supervision.

“It is decided after an internal review to dismiss Oleg Surayev, the acting head of the Russian Interior Ministry for Nizhnevartovsk,” the Khanty-Mansiisk police department said in a statement Friday. 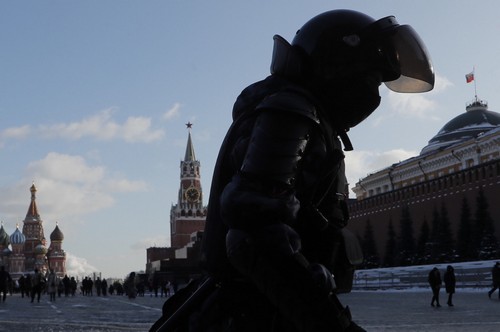 It reprimanded other professional training and public relations officers, as well as a senior HR department officer.

The Nizhnevartovsk department of education also announced an internal inspection into whether or not the anti-demonstration lesson complied with education law.

The school’s principal praised the roleplay exercise, which came on the heels of a crackdown on mass rallies for the release of jailed opposition leader Alexei Navalny. Some 12,000 people were detained across Russia, including several in Nizhnevartovsk, with widespread allegations of police brutality against peaceful demonstrators.

The simulated crackdown comes amid Russian authorities’ fervent efforts to deter young people from Navalny’s protest movement in recent years, including through intimidation by school administrators and the criminalization of “involving minors” in unauthorized demonstrations. 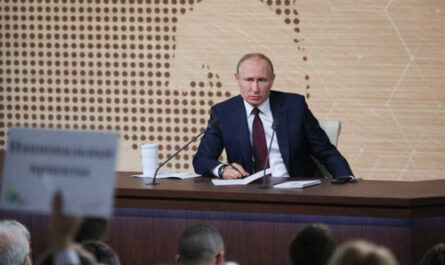 Open a Window to Films From the East