The demand comes ahead of planned protests on Wednesday calling for Navalny’s immediate treatment at a civilian hospital as his allies sound the alarm over his deteriorating health in prison.

The Moscow prosecutor’s office claims that the FBK aims “to create conditions for a change in the foundations of the constitutional order, a change of government and the implementation of the scenario of a color revolution.”

The prosecutor’s office also accused the Navalny-founded organizations of working to “destabilize the socio-political situation in the country, including by calling for violence, extremism, mass riots,” by trying to involve minors in illegal activities.”

Last week, Moscow prosecutors also asked a court to brand FBK and Navalny’s regional network “extremist organizations,” a label that would ban them from operating within Russia and could lead to prison time for staffers and supporters. The Moscow City Court will review prosecutors’ request to label  in a closed hearing on April 26. 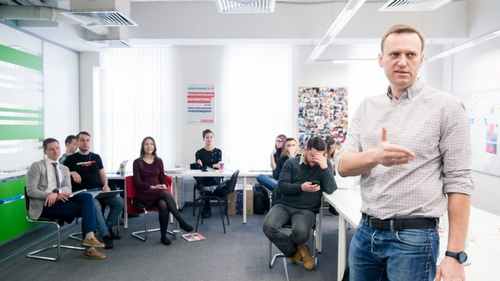 The Justice Ministry added FBK to its “foreign agents” registry in 2019, a move the group said is aimed at hindering its investigations into corruption.

The organization founded by Navalny in 2011 ran on donations and its main mission was to expose corruption among high-level Russian government officials.

Russian prosecutors have supported handing opposition leader Alexei Navalny a prison sentence of up to 3.5 years in a high-profile trial that starts Tuesday.

Navalny was swiftly detained upon his Jan. 17 return to Russia from Germany, as Russia’s prison service accused him of violating his probation in a 2014 fraud conviction by failing to report to his parole officers. The Kremlin critic, who had been recovering from a nerve-agent poisoning in Berlin since August, argues that his whereabouts in Germany were well-known to parole officers.

Prosecutors pointed to Navalny’s upcoming trial on criminal charges of defaming a World War II veteran during his probation period last summer as a supporting circumstance for sentencing him to prison. 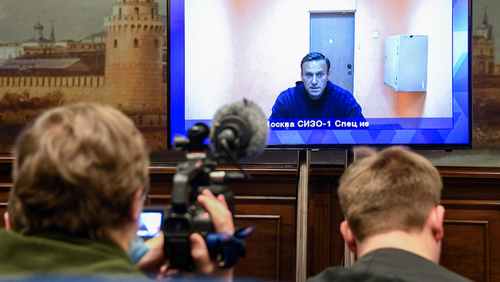 In December, investigators also opened a criminal probe against him for large-scale fraud, alleging he used more than 356 million rubles ($4.8 million) of donations to his organizations for personal purposes. The charge is punishable by up to 10 years in prison.

Navalny and his supporters believe all three cases are politically motivated.

The anti-corruption campaigner’s detention prompted two weekends of unprecedented protest across Russia, with tens of thousands calling for his release and rallying against Russia’s ruling elite.

Thousands were detained at the protests, and several of Navalny’s allies and family members have been detained or sentenced to house arrest in connection with the rallies. His allies have called for new protests on Tuesday, the day of his court hearing. 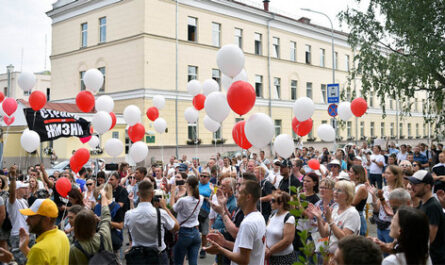