High temperatures saw Greenland lose enough ice to cover the US state of California in more than four feet of water in 2019 alone, a study which suggests the island lost a million tonnes of ice for every minute of the year has said.

After two years in which the land masses’ summer ice melt had been negligible, satellite measurements have suggested an excessively hot 2019 saw the loss of 586 billion tons of ice melt from the island.

The loss represents more than 532 trillion litres of water according to a study published in Communications Earth & Environment – equivalent to 212.8 million olympic-sized swimming pools over the course of 2019, or seven for every second of the year.

The record-setting level of ice melt is significantly higher than the average yearly loss of 259 billion tons seen since 2003, when Nasa satellites first allowed for accurate measuring of the gravity of the ice sheets.

The loss, attributed to weather phenomenon that have the capacity to exacerbate or subdue the effects of global temperature rises, comes despite evidence of many years in the 20th century in which Greenland gained ice.

“Not only is the Greenland ice sheet melting, but it’s melting at a faster and faster pace,” said study lead author Ingo Sasgen, a geoscientist at the Alfred Wegener Institute in Germany. 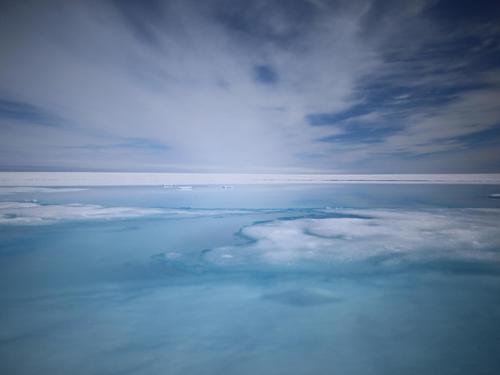 It comes amid concerns global glacier melt will cause sea levels rise to catastrophic heights for humanity. Across 2019 the melting of the island’s ice added 1.5 millimetres to global sea levels.

Study co-author Alex Gardner, a NASA ice scientist, said “In our world it’s huge, that’s astounding”, adding that the expanding of a warming ocean and the impact of other ice sheets and glaciers contributing could lead to coastal flooding and other issues.

The melt has also helped to provide further evidence of Greenland blocking – a phenomenon in which high pressure over Canada can cause warm air from the rest of North America to spread over the island, promoting further melting.

In 2018 and 2019, where an average of 108 billion tons of ice was lost, no such high pressure was observed prompting cooler Arctic air to flow from the open ocean into Greenland, making its summer milder, Mr Gardner said.

The findings have been welcomed by other scientists not involved the study as reflecting the realities of ice melt in the region.

Ruth Mottram, an ice scientist at the Danish Meteorological Institute who wasn’t part of Mr Sasgen’s research, said this year’s summer melt has been not as severe as that seen in 2019.

However in her own study in the International Journal of Climatology, she found similar results for last year while also calculating that Greenland coastal regions have warmed on average 1.7 degrees Celsius in the summer since 1991.