A shooting at a medical facility in Minnesota on Tuesday left several injured and sent shock waves across a local community as law enforcement officials reported multiple injuries and explosions after gunfire broke out at the Allina Health Clinic in Buffalo.

Gregory Paul Ulrich, a 67-year-old Buffalo resident, was arrested as a suspect in the mass shooting after local news outlet The Star Tribune reported a bomb had exploded at the medical clinic and up to five people were wounded in the incident, citing police sources.

The Tribune said emergency dispatch audio described a bomb going off in the clinic nearly 30 minutes after reports of gunfire.

Police Chief Pat Budke told TV station KSTP that the shooting happened inside the Allina Clinic Crossroads campus. He said the situation was contained shortly before noon and that there was no further threat to the public’s safety.

North Memorial Health spokeswoman Abigail Greenheck said multiple victims were brought to its hospital in Robbinsdale. She did not say how many or what condition they were in. 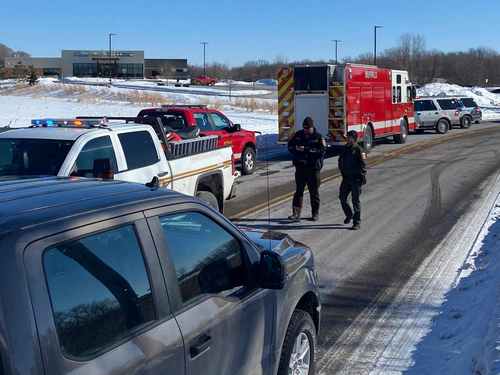 Allina Health spokesman Timothy Burke declined to say if any victims were brought to its Buffalo hospital.

FBI spokesman Kevin Smith said the agency’s bomb technicians were on their way to the scene, but he couldn’t confirm media reports about a possible bomb or explosion at the clinic.

Members of the Bureau of Alcohol, Tobacco and Firearms’ enforcement group and special agents from the state’s Bureau of Criminal Apprehension were also headed to the scene, spokespeople for the agencies said.

TV helicopter news footage nearly two hours after the attack showed no activity at the clinic, but at least three shattered plate-glass windows could be seen on the clinic’s exterior.

The Midwest Medical Examiners Office, which handles cases in Wright County, had no comment on whether it had sent anyone to the scene.

A state Department of Public Health spokesman said he didn’t immediately know if the clinic has been administering COVID-19 vaccinations. An Allina spokesman referred all questions to the Buffalo police and the Wright County Sheriff’s Office. Months after hack, US poised to announce sanctions on Russia