A manhunt in Texas is underway after police discovered a woman tied to a bed and the body of another woman inside a burning car after a suspect allegedly shot her and sexually assaulted the survivor.

Liberty County Sheriff’s Office deputies found a woman with a rope tied around her neck and chains wrapped around her ankles after responding to a 911 call in Cleveland, Texas on Saturday.

Deputies found the body of another woman inside a burning car that crashed into nearby woods.

The survivor told police that the two women were friends and cleaned houses for the suspect, Jose Marin Soriano.

According to police, Soriano allegedly threatened to release private photos of one of the women before drawing a gun and sexually assaulting her and firing at the other woman, the sheriff’s office said on Sunday. 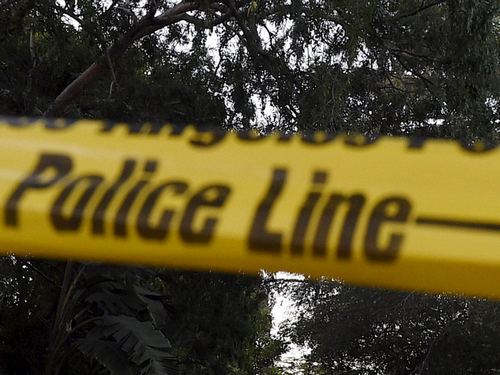 The body of one woman was found with at least one gunshot wound inside a car, which is believed to have caught fire in a crash after she fled the scene.

Her cause of death is under investigation.

Police believe Soriano then fled the scene before deputies arrived.

The surviving woman used his mobile phone, which he left at the house, to call 911, according to police.

She was treated at a nearby hospital.

A massive power cut has left much of upper Manhattan in darkness, with stunned residents sharing pictures and video of the pitch-black city.

In a statement, local energy provider Con Edison said it was trying to find the cause.

“We are investigating a problem on our transmission system that caused three networks in Manhattan to lose their electric supply at about 5:13 this morning,” it said. ”The supply has been restored to those networks on the Upper West Side, Harlem and the Upper East Side.”

Some 40,000 people were affected, with lights, cellphone services and some subway lines also hit before the power came back on.

When the blackout hit, Con Edison was already working hard to restore power to millions of people whose power supply was damaged by Tropical storm Isaias, which pummelled much of the east coast earlier this week.

Some 1.3 million people are still without electricity, making this the second largest outbreak in Con Edison’s history, topped only by 2012’s Hurricane Sandy.

The blackout that followed that storm similarly blacked out much of Manhattan, with only the Goldman Sachs building lit up thanks to its own backup systems.

New York’s most famous power outage was the famous blackout of July 1977, which saw the city cut off from electricity for more than 24 hours.

There was widespread looting and vandalism, with millions of dollars of damage, but many New Yorkers took to the streets in a more benign style, eating together outside and helping direct traffic.