Mariah Carey’s sister has accused their mother of letting strangers sexually abuse her when she was a child and involving her in satanic rituals, according to a court filing.

Alison Carey made the accusations against her mother, Patricia Carey, 83, in a summons filed with the New York Supreme Court in February, according to Fox News.

According to the suit, the sexual abuse occurred during “middle-of-the-night satanic worship meetings that included ritual sacrifices”.

“As a result of the above Plaintiff has been diagnosed with post-traumatic stress disorder, anxiety and major depression, leading her to misuse both legal and illegal drugs in an attempt to suppress the horrific memories, and to undergo extensive professional counselling,” the summons reads, according to the outlet.

Alison, who was arrested for prostitution in 2016, is representing herself in the case, according to Page Six, with the outlet reporting her mother, a former opera singer, has not responded to the summons.

In 2018, Alison, who is reportedly estranged from her famous younger sister, claimed in an interview with The Sun that a family member used to take her to “rituals” in the early hours of the morning.

“The ceremonies or rituals were always between 2am and 4am and they weren’t every week as far as I can remember – just certain dates,” she said at the time, adding that “everyone would wear long robes with black hoods”. 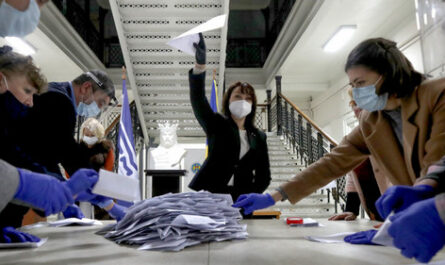