Just over one-third of US states have now officially legalised recreational marijuana following the passing of new legislation in New Mexico.

On Monday, the state’s governor Michelle Lujan Grisham signed into law a historic adult-use cannabis legalisation bill, allowing people age 21 and over to buy and possess up to two ounces.

With the passing of New Mexico’s law, 17 states and Washington, DC, have now legalised the drug for recreational purposes, amounting to just over a third of states across the US.

Certain states across the country, including New York State, have made a significant push for legalisation of the drug in 2021, with seven since last November having done so.

Ms Lujan Grisham a Democrat, has supported marijuana reform as a way to create jobs and shore up state revenue after already legalising marijuana for medical purposes in 2007.

“The legalisation of adult-use cannabis paves the way for the creation of a new economic driver in our state with the promise of creating thousands of good paying jobs for years to come,” she said in a statement. 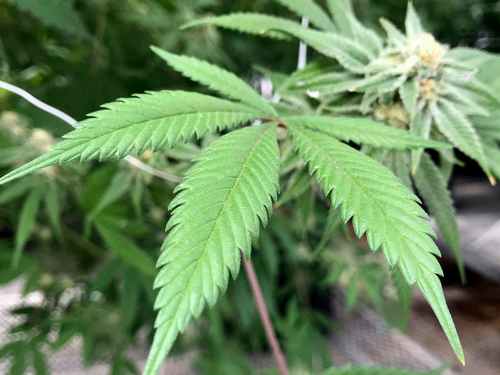 “We are going to increase consumer safety by creating a bona fide industry. We’re going to start righting past wrongs of this country’s failed war on drugs. And we’re going to break new ground in an industry that may well transform New Mexico’s economic future for the better.”

Under the new law in Mexico, the launch of commercial sales for adults will begin no later than 1 April 1, 2022, a press release said.

Home marijuana growers will be allowed to grow up to six plants per person, or 12 per household. The scent of marijuana will no longer be grounds for police seizures.

Despite the broad success of the drug’s legalisation at state levels across the country, the previously Republican-controlled Senate often proved a reliable roadblock for changes to policies on a federal level.

This year, three top Senate Democrats have vowed to work towards the legalisation of marijuana including majority leader Chuck Schumer.

“The War on Drugs has been a war on people – particularly people of colour,” the senators said in a statement in February, declaring their intention to drive legalisation.

“Ending the federal marijuana prohibition is necessary to right the wrongs of this failed war and end decades of harm inflicted on communities of colour across the country.”

A Gallup poll last November showed that 68 per cent of Americans, a record high, favoured marijuana legalisation in the US.