The regular panellist of the daytime talk show The View was the most negative towards CNN’s Chris Cuomo on Friday.

“If my dad had been accused of sexual assault, I would be talking about it on The View because I’m not a snowflake and I’m not Chris Cuomo,”

She continued, “CNN can’t have it both ways,” she said. “You can’t spend hours and hours a day criticizing Fox and Fox News contributors’ and hosts’ relationship with the Trump White House,” and praised his openness about his involvement with the previous admininstration.

McCain also was passionate about how she did not agree with the way Chris covered his brother in the early stages of the pandemic that hit New York state worst back in March 2020.

“During the height of Cuomomania, he had his brother on nearly every night,” she said, critiquing how they would “make jokes” and use “prop comedy” with big novelty cotton swabs instead of focusing on the crisis ongoing in the state’s care homes, labelling the governor a “macabre ghoul” and calling Chris Cuomo a “sanctimonious tool.”

She went into detail about how the alleged victims of Andrew Cuomo’s sexual harassment had been forgotten about and he had borne no consequences for his actions after his refusal to resign. 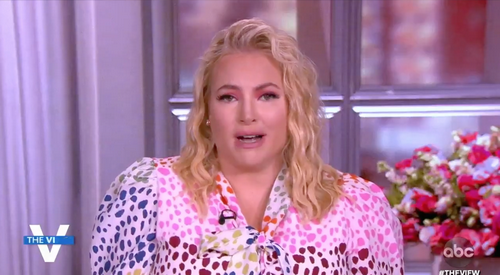 “There are stories out there about me offering my brother advice. Of course, I do. This is no revelation. I have said it publicly, and I certainly have never hidden it,” Cuomo said.

“I can be objective about just about any topic, but not about my family,” he continued. “Those of you who watch this show get it. Like you, I bet, my family means everything to me. And I am fiercely loyal to them. I am family first, job second.”

However, not everyone in the media felt it was an adequate response to the collusion with his powerful brother, with journalists from Politico and Time condemning CNN’s light response.