The Miami Herald has issued an apology after publishing an anti-Semitic and racist column as part of a paid insert in its Spanish speaking sister publication, El Nuevo Herald.

Aminda Marqués González, executive editor and publisher of The Miami Herald and el Nuevo Herald, and Nancy San Martín, el Nuevo Herald’s managing editor, published the apology for the inclusion of the material on Monday.

The letter said that neither of them had read the advertising insert before publishing it, a fact that they called “distressing” and described as an “internal failure”. The editors said an initial investigation revealed no content review process for paid supplements.

“It is one of a series of internal failures that we are investigating in order to prevent this from ever recurring,” the editors wrote.

The newspaper said that they “spent the weekend reviewing past issues and were appalled to discover multiple instances of anti-Semitic and racist commentary since January.”

“Content that would never meet our editorial standards at el Nuevo Herald and The Miami Herald,” they added.

In the letter, the editors said they only became aware of the offensive content after a reader flagged the column on Friday.

“Not only did el Nuevo Herald fail to vet the content of this insert in its pages, but they also failed to alert readers to its status as a paid advertisement,” said Maria Elena Lopez, first vice chair of the Miami-Dade Democratic Party, in a statement.

“The readers of el Nuevo Herald were subjected to several pages of pro-Trump, racist garbage denigrating African Americans and Jews,” she added.

The newspaper said they are the process of investigating The Miami Herald’s business relationship with LIBRE and will share the findings of the review by the end of the week.

They also noted that they told LIBRE they would “never publish, print or distribute” their content again and would be reviewing all paid inserts and the processes for their inclusion in the paper. 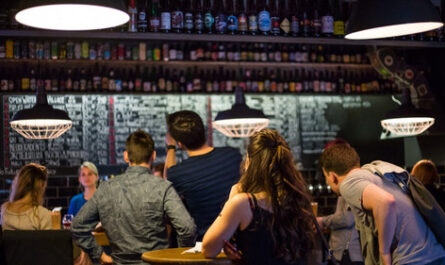