Billionaire Mike Bloomberg, who spent millions from his fortune to run as a Democratic candidate in a crowded field to win only a handful of electoral college votes, received a prime-time speaking slot to ridicule Donald Trump moments before Joe Biden received the party’s nomination and minutes after his former opponents rallied around the nominee.

The former Republican mayor of New York City received five minutes of speaking time at the 2020 Democratic National Convention, far more than any member of the party’s left flank, including Congresswoman Alexandria Ocasio-Cortez, in a week-long convention that has given significant airtime to Republicans pledging their vote to the former vice president, a discrepancy that has irked progressives.

While other Democrats admired Biden’s empathy and compassion, Bloomberg – who owns a media empire and whose net worth is roughly $55bn – instead took aim at the incumbent from an economic perspective, hoping to get under the president’s skin by highlighting his financial record and warning that the nation’s recovery after collapse could be jeopardised by a second term.

He added: “Would you rehire, or work for, someone who ran your business into the ground? … Trump says we should vote for him because he’s a great businessman. Really? He drove his companies into bankruptcy six times, always leaving behind customers and contractors who were cheated and swindled and stopped doing business with him.” 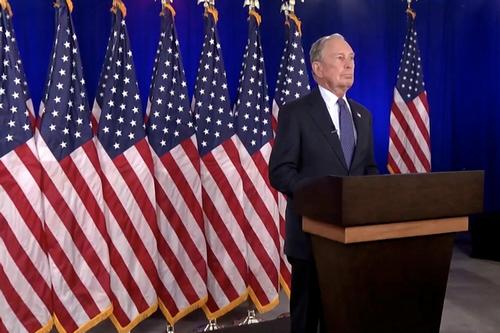 Bloomberg himself was accused of having stiffed his own staff members for failing to honour his financial commitments.

“Let me tell you a little secret: Donald Trump’s economic plan was to give a huge tax cut to guys like me who didn’t need it,” he said, “and then lie about who it was for, to everyone else.”

A virtual convention likely prevented the former mayor from enduring a cold reception from a crowded arena, after Mr Bloomberg – one of two billionaires in the race – faced intense scrutiny from Democrats furious that his fortune bought him a spot on the debate stage while his opponents sought to hold billionaires accountable. He was ripped apart during debates by Elizabeth Warren for his record of sexual abuse allegations and revived footage of his support for stop-and-frisk policies had crippled his campaign.

He said on Twitter: “After the worst debate performance in the history of politics, Michael Bloomberg, commonly known as Mini Mike, is trying to make a comeback by begging the Democrats for relevance. They treated him like a dog – and always will. Before politics, he said GREAT things about me!”

A virtual roundtable conversation among the other former candidates spoke to Biden’s humanity.

“He shifted to the parent who had lost a child, to the man who had lost a wife, to someone who had experienced loss very personally,” she said. “He spoke to each of the families from the heart.”

“The magic he does is everything he does becomes the new reasonable,” said Andrew Yang, who also introduced the Thursday event following pressure from his supporters after it was revealed that he wasn’t appearing at the convention.

“In Joe Biden, you have a human being who is empathetic, who is honest, who is decent,” said Bernie Sanders. “And in this particular moment in American history, my God, that is something that this country absolutely needs.” 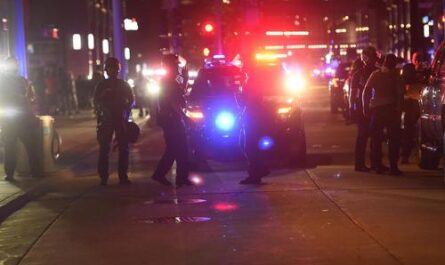