Teachers at a school in Missouri have come under fire for posing with letters that spelled out a racial slur.

The slur was allegedly spelled out by staff from the Christian School District in St. Charles County, Missouri, during a game of human Scrabble, as KSDK News reported.

They could be seen holding up the letters that collectively spelled out the racial slur, in a photograph that was shared online by the school district, following the game of human Scramble.

“They were running around trying to spell raccoon, but they didn’t have the R and the A,“ a parent, Pastor Raymond Horry, told KSDK. 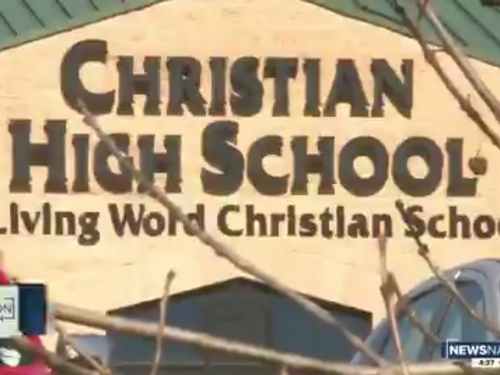 In a statement, the school district said they were investigating and will take “appropriate disciplinary action” against the five members of staff, following the completion of their investigation.

“We recognise that this ill-informed action caused hurt and offence to many students and families in our school and in the wider community,” said the school district.

“We offer no excuse as to why this word was used. In a statement to families last night, we apologised for the incident and sought their forgiveness. We also ask that of anyone who has been impacted by this picture,” the statement added.

The branch of The National Association for the Advancement of Coloured People (NCAAP) in nearby St Louis County, said “there needs to be severe and swift punishment for this racist behaviour”, the Kansas City Star reported.

Mr Horry, a parent who also belongs to NCAPP, told News Station: “There are no consequences for people’s actions, and that is demoralising.”