The team behind Moscow’s annual feminist festival has launched a male equivalent to field discussions on modern-day masculinity, reverse sexism and other issues men face today.

Gender.Team, a group of activists, psychologists, political scientists and journalists, established the Moscow FemFest in 2017 to promote gender literacy in a society not used to openly talking about women’s issues. Over the years, it has addressed day-to-day issues like domestic violence, victim-blaming and police dismissals of rape reports.

In 2020, the team said the time was ripe to tackle gender issues from a male perspective.

“Three years after the launch of Moscow FemFest, we saw that society is ready to talk about masculinity,” Gender.Team has said.

“This requires an independent platform, which will include men who are scared off by feminist rhetoric.” 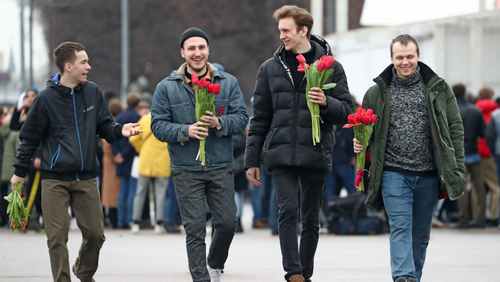 Its inaugural Moscow MaleFest, with support from the Goethe-Institut cultural nonprofit and the Heinrich Böll Foundation think tank, takes place online this Saturday.

Gender.Team recruited a diverse roster of speakers, including masculinity researchers, sexologists and psychotherapists from Russia and around the world for the event.

World AIDS Day in Moscow Kicks Off a Month of Events

As one virus sweeps the globe, the Voznesensky Center in Moscow has joined with several arts and non-governmental organizations to launch a nearly month-long series events to mark a battle against another virus, HIV. The project, called “Of the Same Blood,” will start on Dec. 1, World AIDS Day, and run until Dec. 22. More than 20 lectures, discussions, concerts, performances, films, plays and other events will be held, and the will all be transmitted online.

Participants include some of the most famous and cutting-edge cultural figures in Russia today, such as the writer Lenor Goralik, director Vladislav Nastavshev, artist Olga Kroiter, leader and soloist of KYMATIC Alina Petrova, and many others. 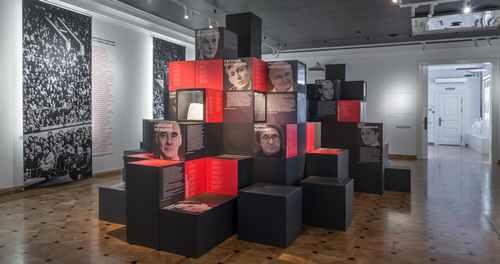 Olga Vartseva, director of the Voznesensky Center and director of the project, explained the group’s interest in this project. “We don’t know anything about the effect of the HIV epidemic on Russian culture, either in historical perspective or as it unfolds before us. People with HIV feel that they are not represented in films, books, and paintings, and that their voices are the voices of outsiders. The project “Of the Same Blood” is an attempt to tear down the illusory wall of stigma and not just give back HIV-positive people their voices, but to show that they are no different than all the other voices in the world.”

You can learn more about center and this project here and find the schedule of events and register here. The list of events continues to grow, so check back to see what else has been added. A New Kind of Theater Beats the Coronavirus Blues