The Gulag History Museum has been awarded the 2021 Council of Europe Museum Prize. The prize, which has been awarded since 1977, is given yearly to a museum that has made a significant contribution to understanding the European cultural heritage and has promoted respect for human rights and democracy.

Speaking on behalf of the Culture Committee that selected the prize, Roberto Rampi said in part that the Gulag History Museum “can serve as a model to other museums in Europe to create a well-documented and moving memory of the past and stimulate reflection on democratic citizenship, particularly for younger generations.”

The Gulag History Museum was established in 2001 by Anton Antonov-Ovseyenko, a prominent historian and writer who had been imprisoned in the camps as a son of an “enemy of the people.” Its mission is to study, analyze and discuss openly the history of mass repressions in the Soviet Union through permanent and temporary exhibitions, events, publishing and other projects.

Museum director Roman Romanov said, in accepting the award, that it was “a great honor and responsibility. We are happy that our museum’s projects were so highly judged by an international jury of experts. This is only the second time the award has been given to a museum in Russia. The first time it was given to the Museum Center of Krasnoyarsk World Square.” 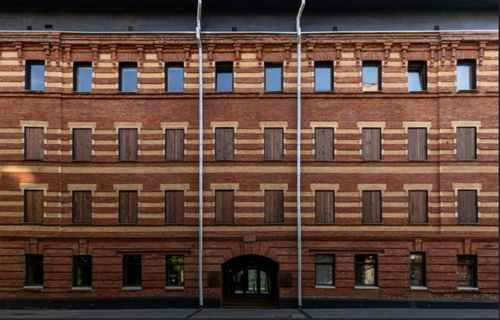 In honor of the 90th anniversary of the birthday of artist Anatoly Zverev, the AZ Museum has announced the Zverev Art Prize. Three prizes will be awarded for art works that “resonate with the spirit of Zverev’s art,” encapsulated by the epigraph to Zverev’s autobiography: “Life is constrained, art is free.”

Anatoly Zverev was one of the leading lights of the group of non-conformist artists working in the post-war period in the Soviet Union. He produced thousands of paintings, drawings, and illustrations that now make up a large of of the AZ Museum collection.

The award was announced by Natalia Opaleva, the CEO of the Museum, and its art director, Polina Lobachevskaya. Applicants must be at least 18 years old, of any gender, race or nationality. Works may be in a wide range of media: painting, sculpture, graphic art; street art, conceptual treatises, animation, or video art. The jury will also consider projects that require financing to be implemented, such as screenplays or installations.

The only conditions are that the works must be created especially for the Prize and have never been displayed before.