The investigative body alleged that the worshippers continued to hold “secret meetings and study religious literature” in defiance of a 2017 court order banning the Jehovah’s Witnesses as an “extremist” organization.

“In addition, the organizers also held online meetings via video link,” the Investigative Committee said in a statement.

The worshippers face up to six years in prison for participating in and up to 10 years for organizing an extremist group.

“This morning, at least 15 families of believers were awakened by a loud knock on their doors. On television they show how innocent, law-abiding people are being led away in handcuffs. At the same time, no one is able to explain why they are dangerous for the state,” said Yaroslav Sivulsky, a spokesperson for the European Association of Jehovah’s Witnesses, in an emailed statement. 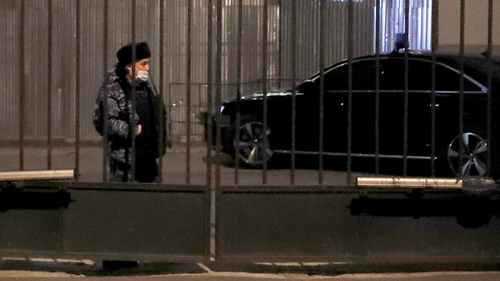 The Investigative Committee did not say how many worshippers have been apprehended.

The Russian chapter of the Jehovah’s Witnesses organization said it was aware of at least 10 early-morning raids in northern Moscow and its outskirts.

Since the April 2017 ban on the group by Russia’s Supreme Court, the Jehovah’s Witnesses said law enforcement officers have raided the homes of more than 1,000 worshippers’ families.

The Christian denomination estimates that more than 400 of its followers have been charged or convicted in Russia between 2017 and late October 2020.

Tens of thousands of people across Russia rallied last weekend in support of the 44-year-old opposition leader, who urged supporters to protest against President Vladimir Putin’s 20-year rule.

The opposition plans to hold more rallies on Sunday, which in Moscow will take place outside the headquarters of the FSB, the security agency that Navalny says targeted him in a poisoning attack on Putin’s orders. The Kremlin has dismissed the claims.

Moscow police said in a statement on Thursday that organizers and participants of opposition protests could become targets of criminal probes.

“Attempts to hold unsanctioned public events as well as any provocative actions on the part of their participants will be considered a threat to public order and immediately suppressed,” the statement said. 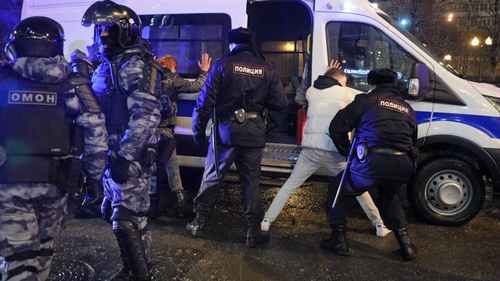 Police for the Moscow region issued a similar warning, urging parents to make sure their children stay away from unsanctioned demonstrations.

“Even attending an unsanctioned demonstration or march can be considered a violation of the legislation,” police said.

More than 4,000 people were detained last Saturday at the nationwide rallies, which have sparked a series of criminal investigations.

Several of Navalny’s allies were detained following police raids on their apartments and offices.

Police arrested Navalny at a Moscow airport after he returned to Russia on January 17 from Germany, where he had been recovering from a near-fatal poisoning with a nerve toxin. 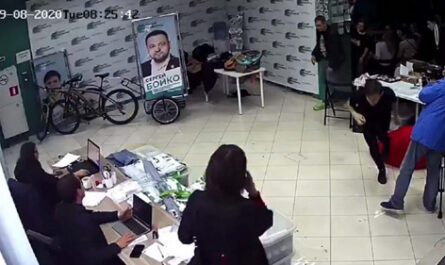