Russia’s small companies were almost twice as likely to suffer negative consequences from the coronavirus pandemic than their larger counterparts, according to the country’s top business association.

More than 60% of small and medium-sized businesses reported a negative hit from the pandemic, while just a third of large firms said the same, according to powerful business lobby the Russian Union of Industrialists and Entrepreneurs (RSPP).

But a third of businesses said there was too much red tape around the support schemes, an RSPP survey found — especially the commitment to maintain employment at pre-crisis levels for a significant period of time in order to qualify for grants. 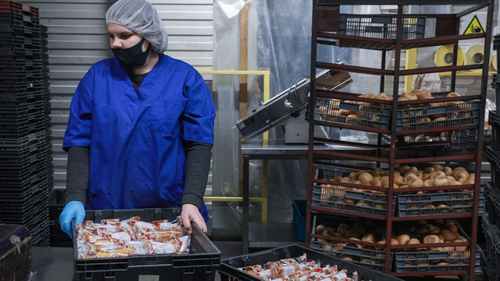 Russia has not introduced the kind of large-scale business support or cash payments that larger western economies have.

The Kremlin has also rejected new mobility restrictions or a second lockdown despite new infections spiralling in the final weeks of 2020 and numerous reports of overloaded hospitals around the country.

Despite being able to continue operating, data shows businesses have still suffered, and the spending crunch appears to have hit smaller businesses especially hard. For instance, small businesses reported lower revenues in 36 of the 39 weeks between April and the end of 2020 when compared to the same week a year earlier, payments data from Tinkoff Bank shows.

A jump in inflation and food prices at the end of 2020 has further spooked consumers as the new year starts. A SuperJob survey published Monday found a third of Russians said they were scared of losing their job, and more than a quarter feared being left without any money.

The RSPP also warned the government that now is not the time to raise taxes or place new financial burdens on businesses, as budget plans for the next three years signal Moscow has retained its preference for austerity and attempting to balance the books. The lobby group wants to make the government legally obliged to consult businesses before it proposes new taxes or charges for firms.