Eden Strong, from Plainfield, Illinois, told CBS News that her son Baylor recently squirted water into his eye while using a toy in the bath.

Ms Strong said that she was not initially concerned by his discomfort, as it “looked like a little bit of irritation from getting water in his eye from the tub toys.”

However, she said that the irritation very quickly got worse and “turned into full blown cellulitis,” which is a bacterial skin infection.

She said that his eye turned from irritated to swollen and clearly infected during a 12 hour period, which she documented on her Facebook page.

“His eye was protruding from his face,” she said. “It was very obscured. He was running a raging fever.”

Baylor’s mother took him to hospital and he was given IV antibiotics and underwent a CAT scan, before he was sent home, where his eye eventually healed.

Doctors told her that if the infection had “moved to his retina it could permanently cause blindness or if it moved to his brain it could be a lot worse,” Ms Strong said.

She told CBS that during the ordeal she kept praying: “‘Please don’t take his eyes. He has such pretty eyes.’” 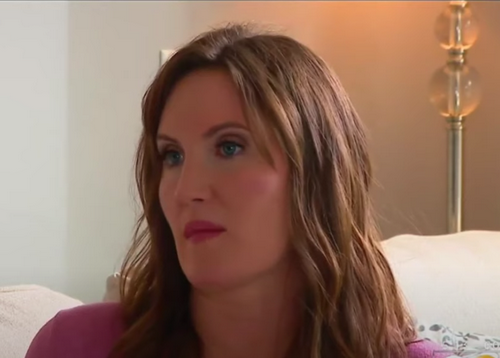 After posting about the incident on Facebook, Ms Strong said she has been inundated with messages from parents, “sending me pictures of their children who have gone through the same thing.

“It really does seem to be a design issue across all manufacturers and not just one specific one, so I really hope even those people will look at this and take that into consideration.”

Asked by CBS if she still allows Baylor to play with similar toys, Ms Strong said: “I would just throw all the squeezable ones away for sure,” and added: “I think those toys especially are cute.

“They’re fun. They’re cheap and they’re easy, but it’s not worth it.”