Rupert Murdoch’s News Corp in Australia instructed its photographers to click pictures of only conventionally attractive young women and asked to avoid clicking “pigs in lipstick”, a former company employee claimed in a parliamentary enquiry.

Anna Rogers, who worked as a photographer with several of company’s newspapers in Australia for two decades and was made redundant last year, talked about the “toxic” and “sexist” culture of the company, in an appearance in the Senate on Friday, as part of the media diversity enquiry in the country.

Ms Rogers said during her tenure with Sunday Mail, an acting pictures editor told her to avoid her they did not want any photos of “pigs in lipstick,” as a reference to middle-aged women or overweight women, which she said she found “extremely derogatory”.

“To keep my job, I had to apply this test,” she said. “Which meant that women who were over 35, were overweight were not photographed for the paper.”

“While employed at the Cairns Post, I was encouraged to take photos of attractive young women, with instructions such as, “Get a photo of a yummy mummy,” or, “Get a photo of a pretty bagpacker,” I was never ever told to get photo of an attrative man,” she said.

Ms Rogers also said the editors believed by printing photos of women they considered attractive on the front page, they could boost their sales among women because women “like to look at attractive women.”

The editors, she said, were also discouraging printing photos of Australians from minority communities unless it was an “ethnic specific story”.

She also alleged the company denied women pay hikes, flexible work hours and ignored them during promotions, labelling the culture “extremely derogatory to women”.  She added that News Corp made employees sign contracts which allowed them to “listen in” to their conversations.

The sexist culture reflected on the coverage as well, where according to Ms Rogers, women in news, likefemale politicians and wives of sportsmen, were ridiculed for what they wore while men were treated on merit.

She said she was aware the company’s culture “fostered sexism in the society,” and as a woman theemphasis on the appearance of women made her “feel compromised and uncomfortable.” However, according to Ms Rogers, she had to comply with the company’s policies since there was no avenue for dissent or complaints.

“Emphasis on clickbait has created a toxic culture where staff feel intimidated and bullied, and many are just waiting for the next axe to fall and wondering if they will still have a job,” she said.

The Australian Senate established an inquiry into media diversity and is looking into whether the concentration of media ownership in Australia undermines democracy and warps public perceptions. 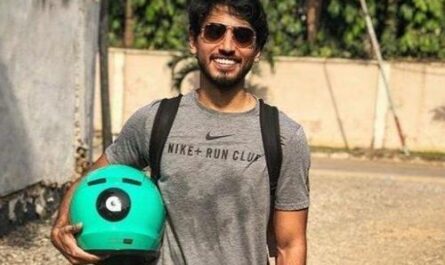