Myanmar’s ruling party has called on the public to reject a military coup that began in the small hours of Monday morning with the arrest of the country’s leader Aung San Suu Kyi.

Soldiers and tanks have been positioned in major cities and political leaders, who had gathered in the capital Naypyitaw for the start of a new parliament session, have been detained on mass.

With internet and phone services severed in many places, an announcement on a military TV channel said the country’s armed forces have taken control of the country for a period of emergency rule that will last one year, citing alleged voter fraud in the country’s November election.

Ms Suu Kyi’s National League for Democracy (NLD) party rejected the coup, as have several world powers and the UN secretary general. The NLD issued a statement in Ms Suu Kyi’s name, which said that “the actions of the military are actions to put the country back under a dictatorship”.

“I urge people not to accept this, to respond and wholeheartedly to protest against the coup by the military,” the statement read.

The office of the UN secretary-general issued a statement condemning the developments as a “serious blow to democratic reforms” in Myanmar, which was ruled as a military dictatorship for decades until Ms Suu Kyi became state counsellor – the de facto civilian leader of the government – in 2016.

Boris Johnson, in a tweet, said: “I condemn the coup and unlawful imprisonment of civilians, including Aung San Suu Kyi, in Myanmar. The vote of the people must be respected and civilian leaders released.”

The new US secretary of state, Antony Blinken, issued a statement expressing “grave concern and alarm” over the reported detentions.

“We call on Burmese military leaders to release all government officials and civil society leaders and respect the will of the people of Burma as expressed in democratic elections,” he wrote, using Myanmar’s former name. “The US stands with the people of Burma in their aspirations for democracy, freedom, peace, and development.” 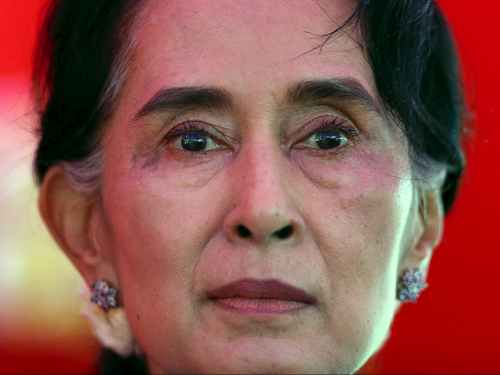 Residents in Yangon told The Independent that as soon as news spread about the coup, citizens rushed to shops to stock up on supplies before shutting themselves up at home, fearing potential bloodshed.

“People were first panic buying supplies and then heading home to stay put as they are afraid of the pro-military supporters or clashes with supporters of the NLD,” said one woman who asked not to be named for fear of reprisals. She said that supporters of the military, who have been violent in the past, were touring the city in cars, waving military flags and singing pro-military and nationalist tunes which some believe is a deliberate action to goad a reaction from the other side.

“People are worried about potential violence if there are protests. Supporters of the NLD are staying at home and many people are warning others to stay put as it might be a trap. If there is a bloody situation, it could be used to justify the coup.

“We don’t know what will happen but with the shut down of the banks and other businesses and the military record of human rights violation, things will be messy in the future,” she said. “We are waiting and seeing what will happen this evening or the next day”.

Tensions between the civilian government and the military have increased over the results of the elections in November, in which the NLD won a landslide victory and the military-backed Union Solidarity and Development Party won only 33 seats.

The military said on Monday that its efforts were legally justified by the constitution – which was drafted by senior generals in 2008 – that includes a clause allowing it to take over control of the country in times of national crisis.

Earlier this week the army cited this constitutional right when it said a coup could not be ruled out if complaints of widespread voter fraud in the election were ignored. At the same time, it dismissed reports about the looming threat of a coup as the result of unspecified foreign meddling.

Myanmar’s election commission went on to emphatically reject the allegations, saying that there was no evidence of fraud on a significant enough scale to alter the result of the election. The commission has now been dissolved, with the army saying it will be reformed under new leadership to arrange new “free and fair” elections.

Myanmar state television said via social media on Monday that it was unable to broadcast “due to communication problems”, while phone lines to the capital were not working. Correspondents in Yangon said internet services were patchy.

The military ran Myanmar for nearly 50 years following a coup in 1962. Ms Suu Kyi was detained under house arrest for much of the period between 1989 and 2010 and won the Nobel Peace Prize in 1991 for her “non-violent struggle for democracy and human rights”.

Her international standing was damaged after her country’s brutal crackdown on the Rohingya minority in Rakhine state, after which Ms Suu Kyi defended her country’s military against accusations of genocide, saying the situation was “complex”.

She nonetheless remains hugely popular at home, and the NLD took 396 out of 476 seats in the combined lower and upper houses of parliament in the November polls. The military holds 25 per cent of the total seats under the 2008 constitution and several key ministerial positions are also reserved for military appointees.

Amnesty International called for the rights of those detained on Monday to be respected and for the restoration of essential services like the internet, “especially as Myanmar battles a pandemic”. The country has reported more than 140,000 Covid-19 infections and over 3,000 deaths.

It said the detention of Ms Suu Kyi and other politicians was “extremely alarming” and described it as “an ominous moment for people in Myanmar”, given the country’s recent history of violent military oppression.

Human Rights Watch raised concerns not just about the politicians detained, but also the scores of activists, government critics, artists and journalists who have reportedly been taken into custody as well.

“The military should recognise that it will be held accountable for its actions, including any mistreatment in custody and excessive use of force. We urge concerned governments to speak out forcefully against the military’s actions and consider targeted sanctions against those responsible,” said Brad Adams, HRW’s Asia director.

“Myanmar’s military should immediately and unconditionally release Aung San Suu Kyi, senior government officials, and all others unlawfully detained. The military’s actions show utter disdain for the democratic elections held in November and the right of Myanmar’s people to choose their own government.” 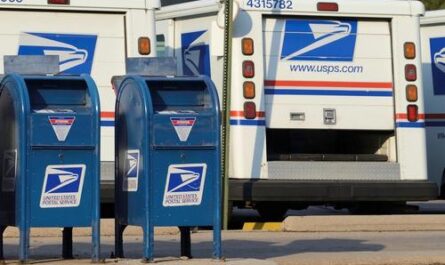