The Praskoveyevka estate on the Black Sea coast in southern Russia cost 100-billion rubles ($1.35 billion) to build and is 39 times the size of Monaco, Navalny said in a video produced by his investigative team and recorded before his arrest, citing registration documents. Russian media linked the seaside palace to Putin a decade ago.

“This is not a country house, not a cottage, not a residence. It’s a whole city, or rather a kingdom,” Navalny said.

Navalny was jailed outside Moscow on Monday after he returned from Germany on Sunday, where had been recovering for five months from what Western scientists said was poisoning by the nerve agent Novichok. Russia denies that Navalny was poisoned and refuses to open a criminal investigation into his attempted assassination until Germany provides his medical analyses.

Aerial footage of the sprawling estate in Navalny’s video showed a cream-colored two-story mansion in classical style with an underground ice rink, an amphitheater and a mountain tunnel leading straight to the Black Sea.

The video also presents an interactive floor plan showing more tunnels, underground wine cellars, tennis courts and what appears to be a pole-dancing club in the palace.

“There are impregnable fences, its own port, its own security, a church, its own permit system, a no-fly zone and even its own border checkpoint. It is absolutely a separate state within Russia,” Navalny said. 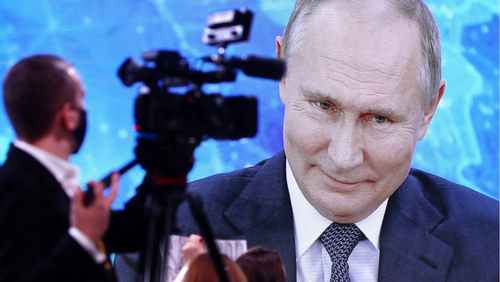 He said an area of 7,000 hectares (17,300 acres) — more than three times the size of the nearby resort town of Gelendzhik — is owned by Russia’s Federal Security Service (FSB). The FSB rented out the land last fall to a company that owns the Praskoveyevka estate “for research, education, hunting and fishing purposes” until 2068, he added.

Navalny claimed to have uncovered an elaborate corruption scheme involving Putin’s inner circle that allowed him to hide billions of rubles and build the grand estate. By granting his old friends high-profile positions at partially state-owned energy giants and putting them in charge of lucrative government projects, Navalny said Putin was able to hide his wealth through friends he has known for over 30 years.

“Putin’s friends, who received from him the right to steal whatever they wanted in Russia, thanked him a lot. But they also chipped in, collected 100 billion rubles and built a palace for their boss with this money,” Navalny said.

The video investigation gathered around 1 million views in the first hour after it was published on YouTube. His team also published a text version of the investigation on his website.

Navalny’s spokeswoman Kira Yarmysh said on Twitter that Navalny wanted to release the investigation after his homecoming “so that its main character Putin didn’t think he was afraid of him.” 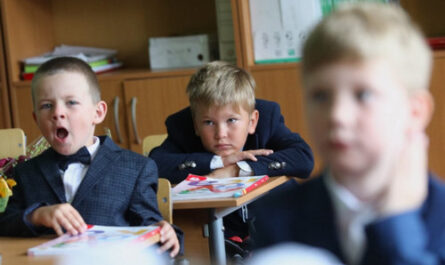 Moscow Schools to Partially Return to Classes to Contain Virus Nearly Half of Russian Regions Have Limited Access to Coronavirus Vaccine