Jailed Kremlin critic Alexei Navalny said Tuesday he was suing prison officials for denying him access to the Muslim holy book, the Koran, in his penal colony outside Moscow.

Navalny, who is serving a two-and-a-half year sentence on old embezzlement charges, was jailed in February after returning to Russia from Germany where he was receiving treatment for a poisoning attack.

Russia’s most prominent opposition figure announced a hunger strike two weeks ago to demand adequate medical treatment and his allies said this week that authorities had threatened to force-feed him.

Navalny said he was taking legal action against prison authorities because “they won’t give me my Koran. And it’s infuriating.”

“When I was jailed, I made a list of ways I wanted to improve myself that I will try to complete in jail. One of the points was to deeply study and understand the Koran,” he wrote.

“Books are our everything, and if you have to sue for the right to read, I will sue,” he said. 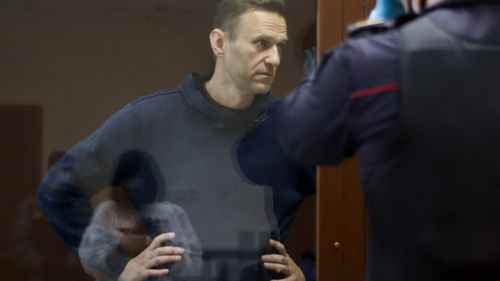 Navalny, 44, came under fire early in his political career for making nationalistic comments and deriding immigrants in Russia from predominantly Muslim countries in Central Asia.

His post came one day after many Muslims around the world started Ramadan after religious leaders confirmed the month of fasting would begin on Tuesday.

In his Instagram post Tuesday, Navalny said he had read the Koran before but had not internalized its core tenets.

“I realized that my development as a Christian also requires studying the Koran,” he wrote.

Navalny’s lawyers and allies are demanding that he be transferred to a regular hospital. The Kremlin has said that Navalny is not entitled to any special treatment.

Navalny has been a thorn in the Kremlin’s side for a decade by probing corruption among officials and leading large protests throughout Russia.

Navalny Will Survive Suspected Poisoning, But Be ‘Politically Incapacitated’ for Months

Leading Kremlin critic Alexei Navalny will survive his apparent poisoning but won’t return to politics for several months, the organizer of his medical evacuation to Germany told the German tabloid Bild.

Jaka Bizilj’s comments came as Navalny’s spokeswoman Kira Yarmysh said the opposition figure’s family has not authorized anyone other than his doctors or herself to make announcements regarding his health.

Navalny was hospitalized in a coma in the Siberian city of Omsk on Thursday after falling ill on his flight to Moscow, with aides saying they believe he was poisoned via a cup of tea. The 44-year-old was flown to Berlin early Saturday following a standoff over his evacuation from Russia for emergency medical treatment.

“Navalny will survive poison attack, but be incapacitated for months as a politician,” Bizilj, the head of the Cinema for Peace foundation that brought Navalny to Berlin’s Charité hospital in a chartered air ambulance, said Sunday, according to Reuters. 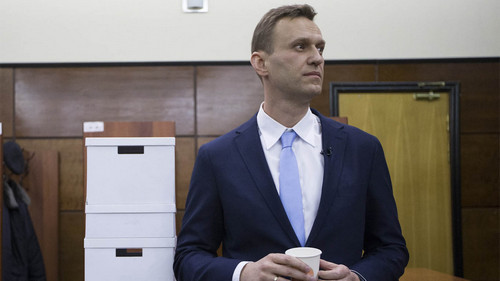 The doctors who treated him in Omsk said Monday “there can be no doubt” that they had saved Navalny’s life. They have previously said tests showed no trace of any poison.

Omsk doctors had initially refused to let Navalny leave when the German air ambulance arrived, but reversed course after his family and staff demanded he be allowed to travel to Germany.

Cinema for Peace said it financed his medical transport with private money. A top Navalny aide said Saturday that businessman and philanthropist Boris Zimin and his family’s fund paid for the flight.

Navalny is the latest in a long line of Kremlin critics who have fallen seriously ill or died in apparent poisonings.

Moscow Watches Kabul’s Fall With Some Satisfaction, Much Concern